The annual FICCI Publishing Awards given in various genres such as the children books, fiction and non-fiction, design, production, translation, business management, biography etc, were announced at the’ FICCI PubliCon 2022 and Publishing Awards’ organized in New Delhi on Aug 5.  Awards are also given in Hindi literature books for children, fiction and non-fiction categories.

The awards were announced in virtual presence of Temjen Imna Along, Minister of Higher Education and Tribal Affairs, Govt of Nagaland, who is emerging as an Internet sensation and lovable influencer for his humour and wit besides being seen as a potential national leader from the Northeast with powerful intellect, oratory and subject knowledge in both Hindi and English. Emphasizing on the need of setting up library in every district and village of India, Mr Along said, “It is equally important to raise the awareness level towards reading books apart from setting up the library. In today’s time, digitalization is playing a very important role and we need to create a balance between digitalization and physical books,” he added. The Minister also stressed on the need for developing more content by writers and publishing houses especially for the students apart from focusing on other books.

The Awards are given to:

The conference was also addressed by Prof Govind Prasad Sharma, Chairman, NBT India, under the Ministry of Education.  He said that books play an important role for taking any nation and humanity forward. “There is a need to ensure that we are able to write books in different languages. Translation is one area which needs to be given more importance in today’s time. The New Education Policy 2020 also emphasis on the important role of translation as by translating in different languages, the message can be spread to a larger audience in the society. We must focus on increasing our efforts in this direction,” he emphasized.

Neeraj Jain, Chair, FICCI Publishing Committee and MD, Scholastic India said that there is immense scope for the printing and publishing industry if the issues related to paper availability as raw material and prices are resolved. “This will also ensure global printing business come to India,” he added.

He also asserted on starting library in every village or district of India. Mr Jain also appealed on launching a new campaign ‘Let’s Read’ to encourage more book reading in line with FICCI’s campaign on ‘Roz Ek Nai Kahani’.

Ananth Padmanabhan, Co-Chair, FICCI Publishing Committee and CEO, Harper Collins India said it is imperative for all our publishers to think beyond print and diversify in digital. “There is a clear need to diversify in what we do to publish in various different formats across languages and ensure that we take the advantage of technology to introduce more books in the market,” he added. 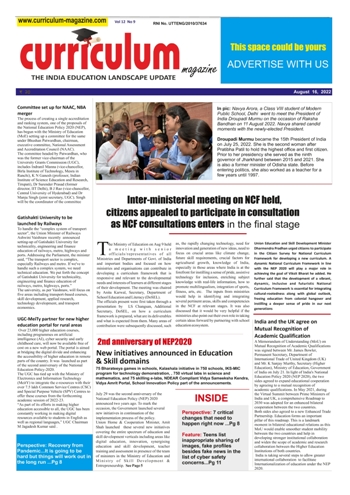