Y Screens Trade Development (YSTD) Center is a pioneering concept of empowering the youth in semi-urban and rural areas under which 150-199 seater-capacity mini digital theatres with value added services like ATMs/e-banking, food courts, gaming zones, coffee shops, retail outlets, etc together appeal youth and can potentially become hub of youth hangouts.  Launched in 2016 in Andhra Pradesh by the first generation entrepreneur Yarlagadda Venkata Ratna Kumar, two prototype centres in Vijaywada at Nehru bus station are already in operation since June 2016, while as work on 14 others including two in Telangana is in progress. 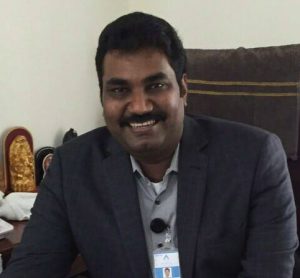 “While urban centres have already such amenities, they exert a natural pull over the rural youth and thus add to reasons for urban migration by youth. Digitalization is not smart phones alone. It is also a means of empowerment hitherto seen impossible. Now we are challenging that notion and expanding the benefits of digital India through YSTD Centres,”says  Ratna Kumar. YSTD centres will also encompass incubation centres, entrepreneurial information and mentorship services so that local ideas and produce can be turned into enterprises. The digital threatres like all others are connected by satellite distribution and will show latest. Short film makers will also be encouraged to use the platform for not only showing regional/local content produced by them but also encourage their creativity and talent.

The promoter who wants to go national with this model of empowering hub of entertainment and education, however feels that the regulatory clearances need to be made friendly and demand that states should encourage this cinema-driven youth empowering transformation of our rural landscape by providing a single window clearance policy.