As the Government of India begins evacuation of stranded students in Ukraine, various concerned ministries have put information and advisory for them. All Indian citizens in caught in war in Ukraine have been advised to move to border points with Poland and other countries with whom understanding for exit point has been reached. There are about 20,000 students mostly pursing courses in medicine in various Ukrainian universities. 4000 have reportedly left before the war. 470 left on Feb 25. India is organising evacuation flights for citizens stranded in Ukraine and the cost of the evacuation will be borne fully by the Government. 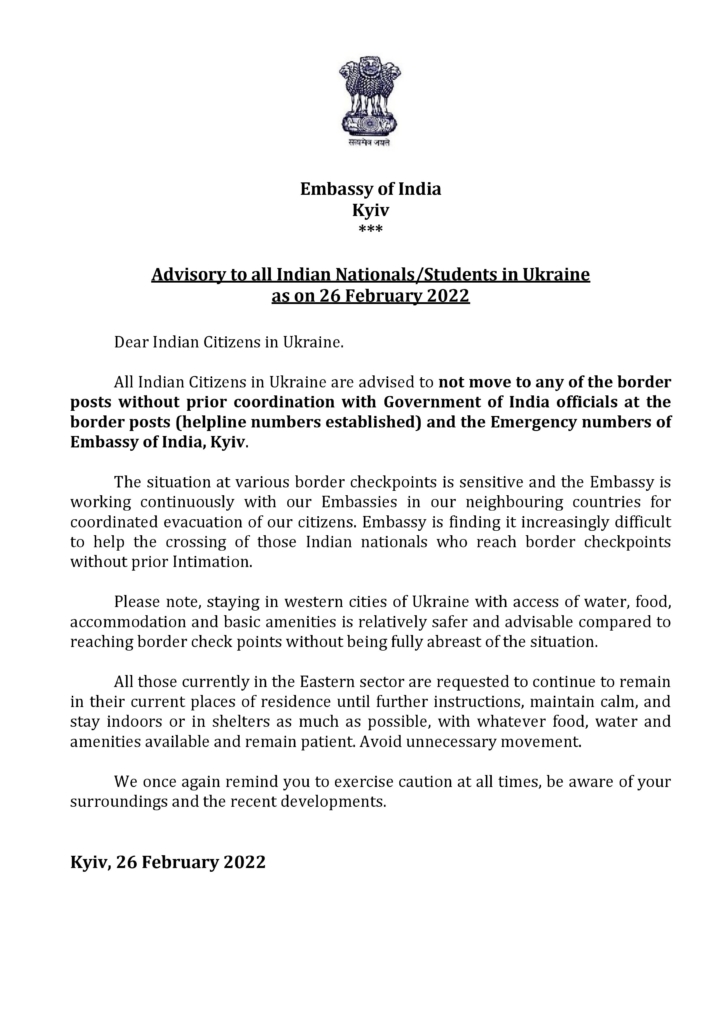 In addition to the Control Rooms in the Ministry of External Affairs in New Delhi and the Embassy of India in Kyiv, the presence of MEA Teams have been expanded in western Ukraine and its neighbouring border regions to assist in the evacuation of Indian nationals from Ukraine.