A public interest litigation (PIL) has been filed by Delhi Abhikbhavak Mahasangh & others (parents association) through advocate-activist Ashok Agarwal in Delhi High Court on May 28 seeking relief for parents after Justice Anil Dev Singh Committee constituted by Delhi HC in a fee hike case of 2008 reported excess fees in respect of 575 unaided private schools out of 1160 such schools it has examined till January this year, but the same has not been returned to them. The petition will come up for hearing on May 30. 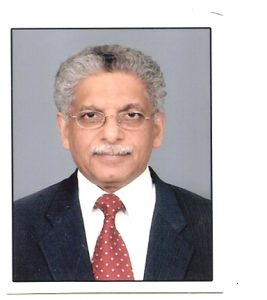 The PIL in its prayer has sought the release of such amount deposited by 118 schools while asking for forthwith attaching of bank accounts of the rest 457 schools. It may be mentioned that the 118 schools have individually challenged the Committee recommendations while as others are brazenly defiant and refuse to pay heed to Delhi government orders in this regard, the latest order was issued on May 16.

The petitioners have said that Delhi government is paying lip service to HC’s order of 2011, where it had directed the government to get the excess fee back from schools, which will be recommended by Justice Anil Dev Singh Committee.

The brief history of the case relates to government’s order to private unaided schools asking them to implement 6th Pay Commission in 2008 and allowed schools lacking funds to raise the student fee by retrospective effect from three years. This led to filing of a writ petition in 2009 and after hearings, the court appointed the above-said committee and tasked it to scrutinize individual schools which took excess fees and those which did it despite no requirement, shall pay back the fees collected with an interest of 9% per annum, Since 2011, the committee has so far scrutinized records of 1160 schools in Delhi.

Private school associations have challenged the orders on various grounds and continue to be defiant on the whole. So, what directions, court gives this time will be significant for the issue. An amount of Rs 750 Cr is estimated to be at stake.