The President, Shri Pranab Mukherjee administering the oath as Cabinet Minister to Shri Prakash Javadekar, at a Swearing-in Ceremony, at Rashtrapati Bhavan, in New Delhi on July 05, 2016.

On July 5, the affable bearded Prakash Javadekar, was promoted to the cabinet rank and handedover the ministry of HRD. His appointment was by and large welcomed by all and he did well to acknowledge the national importance of education above politics. Comparatively degree-wise better qualified than his predecessor, Smriti Irani, who moved to textiles, Javadekar brings to the table lot of insight, curiosity and personna of a man next door.
While the past two years of the ministry under Irani were by no means less interesting or laggard work, but somehow something was amiss. It was education administration at work and perhaps not education leadership. Formulation of new education policy is a classic example, so were campus flare ups of last year. In contrast, Javadekar, has imbibed the core values of education right from his birth because his mother is a teacher. He is also married to an educationist. And the village (Paldeve, Bundel Khand) he adopted as MP, improving education quality at the village school as means of upliftment proved him right as the school has vastly improved its performance. His role as a committee member in the standing committee of Parliament on HRD is also for special mention. His comfort with education technology comes from his experience in IT task force for Maharashtra government early in his political career. 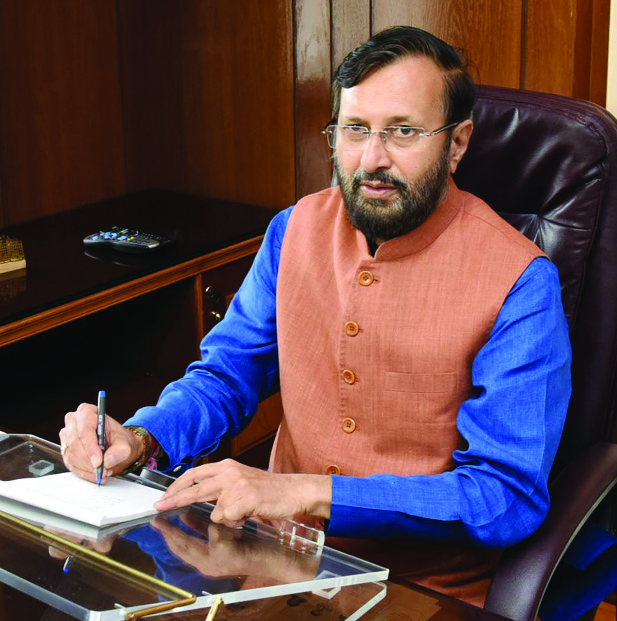 All the above-mentioned is to draw home just one point that here is a minister who knows education scenario at the grassroots, he is well-versed with issues, and perhaps is in some knowledge of how to fire the education sector to a new best level. He is accessible, acceptable, affable, and intelligent and known to deliver, all of these making him right education minister at right time.
While delivering a comprehensive, forward looking new education policy will be his first major tasks, his greatest challenge will be putting education on the national development agenda as a priority for the entire nation. That education is development, prosperity, new knowledge creation, research, social harmony, way to build human capital, shared values, fight global challenges… must be his mission for the next three years. And then he wins!