PRIME MINISTER Narendra Modi launched the Swachh Bharat Abhiyan in 2014 and kick started the plans to build toilets and provide sanitation facilities across the country. Under “Swachh Bharat Abhiyan”, the government has promised “total sanitation” by 2019, which means every household in India will have a toilet by the targeted deadline. So let us take a look at why is this Clean India mission is so important. Reports say that India is a champion in open defecation and nearly 60 per cent of Indian population clear their bowels in the open. This 60 percent is roughly 58% of the people who practise open defecation all over the world. India loses at least 1000 children a day to diarrhoeal deaths and the reason for these deaths is open defecation and lack of proper sanitation facilities.
A recent UN report revealed that currently, nearly 60 % of India’s population practices open defecation which puts them at risk of diseases like cholera, diarrhoea, typhoid etc. Poor hygiene and sanitation facilities costs India 600,000 lives annually because of diarrhoea and not only this, lack of toilets also expose one third of country’s women to the risk of rape or sexual assault. Not only this, India also face economic loss because of poor hygiene and sanitation in the country as a World Bank report in 2006 said that India losses 6.4 percent of GDP annually because of the aforementioned reason. Water of Ganges is unsafe for even bathing because it contains faecal coliform bacteria (120 times higher than the permitted levels) in large amounts and again the reason is open defecation in our country.
India accounts for about 60 percent of the world’s residents without toilets, according to a report released in May by the World Health Organization and UNICEF. So while advocating the idea of Clean India, Prime Minister Narendra Modi had said, “The pursuit of cleanliness can be an economic activity, contributing to GDP growth, reduction in healthcare costs, and a source of employment.” If India and its tourist destinations are clean, it will bring more people and will also bring about a paradigm shift in the country’s global perception. If proper hygiene and sanitation will not become a practise in our country then no one will be able to save the country from the health hazards and losses that will loom over the Indian populace in near future.
Under Swachh Bharat Abhiyan, the government is aiming to achieve an Open-Defecation Free (ODF) India by 2 October 2019, the 150th birth anniversary of Mahatma Gandhi, by constructing 12 crore toilets in rural India, at a projected cost of Rs.1.96 lakh crore (US$29 billion). The programme has also received funding and technical support from the World Bank, corporations as part of corporate social responsibility initiatives, and by state governments. The government has launched a nationwide real-time monitoring system for toilets constructed under the Swachh Bharat Abhiyan. It may use its Digital India project in conjunction with the Swachh Bharat Abhiyan to have solar-powered trash cans like in many US cities which send alerts to sanitation crew once they are full for railways.
With the current performance being below par, there are certain systemic loopholes that need to address. The pathetic waste disposal system in public places needs attention. Either there are no public bins, so most end up throwing on roadsides or if present are overflowing. There’s no one to dispose this waste. The accountability is missing. You can’t just disappear it. It needs to be supplemented by the long-term preventive measures in order to prepare a healthy and strong foundation for its sustainable success. For this we definitely require training young minds in tens of thousands of schools. Because the whole idea of cleanliness is based on what we have learnt during our childhood through family, school and other sources of socialization. The inculcation of habits in the initial years of life lay the foundation for our behavioural responses at the later stage. That is why school-going life is perhaps the most critical phase to the understanding of hygiene and cleanliness 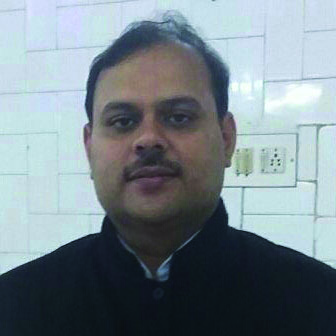 By Dr. Nitesh Dhawan, Officer with the UP Govt, visiting faculty Lucknow Univeristy