The jury is almost out. In a first of its kind research on impact of social media on children, the good, bad and the ugly have been ‘discovered’.  Some values that are causalities include forgiveness, self-control, honesty, and humility. On rise is anger, arrogance, bad judgment, and hatred. While vanity has emerged as a choice among the selfie-generation, on a positive side, humour, appreciation of beauty, creativity, love and courage is up. 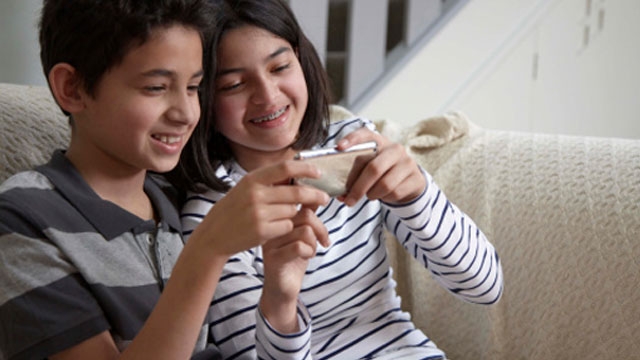 More than half of UK parents think popular social media sites hamper their children’s moral development, according to a poll commissioned by researchers at the University of Birmingham. The ‘parent poll’ carried out by a team at the Jubilee Centre for Character and Virtues found that only 15% of parents thought that popular social media sites, such as Facebook, provided a positive influence on a young person’s character. 40% of parents said they were ‘concerned’ or ‘extremely concerned’ about the negative and potentially harmful impact of social media.
The UK-wide poll, questioned over 1,700 parents of children aged 11 to 17. Of those parents questioned, 93% said they were regular social media users. Researchers carried out this poll to gauge parents’ perceptions around the influence of social media on children’s character. The survey, which is the first of its type in the UK, provides a unique insight into the moral values that are portrayed on social media.
It points to widespread parental anxieties about the influence of online networks on children as young as 11, who are often using the sites despite age limits. Dr Blaire Morgan at the University of Birmingham said: ‘There are some surprising findings in the poll, not the least the low level of agreement that social media can enhance or support a young person’s character or moral development.’
Respondents named a number of character strengths that they believed were lacking on social media. 24% said forgiveness and self-control was least present, followed by honesty (21%), fairness (20%) and humility (18%).
However, a bleaker picture emerged when respondents were questioned about the negative character traits, or vices, they saw on social media at least once a month.
60% of parents named anger and hostility as the most negative trait displayed, followed by arrogance (51%); ignorance (43%); bad judgment (41%); and hatred (36%).
Vanity, commonly perceived to be a major negative character trait in the “selfie” generation, came further down at 9th place in the league table of social media vices, comprising of 30% of respondents.
Dr Morgan added: ‘The ‘Parents and Media’ project seeks to offer a more constructive outlook on how social media might impact on a person’s character and moral values. ‘Social media is not going away, so by learning more about this relationship we should be able to maximise the benefits of its use and avoid the pitfalls.’
The positive impact of social media was given less attention, but the results of the poll suggest some cause for optimism. 72-per cent of respondents said they saw content with a positive moral message at least once a day. This figure is higher than the percentage of respondents who said they regularly saw negative moral messages, suggesting social media is not purely an environment for vice.
The top five character strengths promoted at least once a month on social media sites were identified as; humour (52%); appreciation of beauty (51%); creativity (44%); love (39%); and courage (39%).