Home Engineering education IT rush is passé, India & the world needs Good Engineers: Can Indian students rise to the occasion?

IT & ITES boom as it happened in the first decade of this century required thousands of engineers, coders, administrators, managers and what not. Consequently, as the world was taken over by IT revolution, IT services and development companies, which mushroomed themselves in the period, required armies of workers and recruited engineers across the disciplines, trained them and fanned them across the globe on projects.

This boom affected mindset of almost every aspirant engineer and his or her parents to such an extent that admission into IT/computer science engineering has become an obsession or to be gentler, number one choice for almost everyone in India. In reality, IT/ computer science is today another name for ‘engineering’ for most aspiring engineering students. At the heart of it lies the notion about a fat salary, opportunities to work abroad and to be part of the ‘elite’ engineering class who have prospered in the last 15 years or so.

With IT/ITEs heading towards saturation and automation moving from labs and prototypes to work world, the need of more IT engineers is shrinking by the day. It can well be a blessing in disguise as the engineering education, which has been suffering for want of good students in core engineering, is cruising back to its primary objective of producing good engineers. 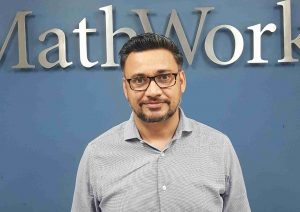 “All the stakeholders in engineering education or higher technical education community have been worried for the future of engineering now for several years as the student largely remained disengaged to core engineering and only concentrated on how to get a job,” says Jayant Bhadauria, Education Industry Head, MathWorks India. Now thanks to proactive role like his company is playing in the last more than five years in bringing a mindset change within the engineering education ecosystem in India, quite a number of institutions are adopting to international pedagogical methods and tools including promoting experiential learning to bring back student engagement and restore the much needed appeal for core engineering subjects. 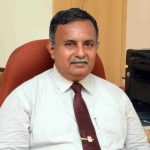 Manipal Academy of Higher Education (Manipal University’s)   Manipal Institute of Technology (MIT) is such an institution which has brought about a change in its curriculum and incorporated computational thinking besides providing access to Matlab programming suite and app to all its under graduate students from the first year itself. “Earlier such tools were used only in electrical engineering but now they have application in every stream as design remains the mainstay of all engineering processes,” says Dr Vinod V Thomas, former director MIT. According to him, the offering has certainly helped his students as now our course is benchmarked internationally, which means “our students will have the advantage both in job world and for pursuing higher studies in top places.”

Mathworks is already partnering with 100 plus engineering colleges and universities in India to provide access to all its industry standard tool set and MAOTS (MATLAB academic online training services) to bring about a change on how students imbibe knowledge and hone their skills in a rapidly changing technological world of engineering”.

The sheer joy of engineering is product design and core engineering. And slowly students are discovering their passion and value of the real engineering education. That is a happy trend for society at large as the challenges facing it need engineering innovations.