As part of their calling, Shivani Mehta and Harnehmat Kaur, both co-founders and organisers of Daakroom  are organizing a big Letter Writing Carnival in Delhi on December 4

Written letters in various forms have been the most respected and potent communicative tool for more than 2000 years for mankind until Internet based instant messages, emails and snap chats essentially threw them out of fashion and favor of the young generation in 21st century. And for most people letter writing is of only an academic interest now with no future.

But classmates, Shivani Mehta and Harnehmat Kaur of National Institute of Design, Ahmedabad (batch 2013), who were also hostel roommates, think differently. For them letters are a must and still represent a precious, powerful and personal medium of intimacy, intellect and information. “While we were in college, we thought it strange that most of the students around us weren’t really interested in letter and had forgotten about these. We were a kind of odd twosome, who wrote letters back home. So, in an impromptu  way, we started a personal campaign for post cards by organizing a post card stall and placed a letter box near college canteen,” they say.

Post their studies, this thought and initiative stayed with them and by 2015 a casual pitch back in college turned into an organized activity for them with campaigns, stalls, fan clubs and carnivals though on a small scale. In 2016, they reached out to schools in Delhi and started Letter Writing Clubs. Next in this journey was ideation of a public event where people of all age groups can come and participate.  In 2017 they organized their first carnival with an objective of introducing parents to the value addition of letter writing skills and philately exploration-exhibitions.

Being designers by training, the two ideators, instead of taking the usual route of advocacy conservators of the letter writing art , did some design thinking and turned their work into engaging acts of energetic engagement from philatelic pursuits, competitions, workshops to campaigns and collaborations. The Government’s postal service department, India Posts, which also witnessed a downturn and acted on the need to innovate for keeping pace with shift to tech communication, readily found a goodwill ambassador in daakroom initiative. “India Post has been supporting our events actively as we actually post letters and not just do it for just sake of competitions or skilling,” adds Shivani.

How about writing a letter to an Army jawan and thanking him for protecting us? Expressing your admiration for your role model celeb as a fan through a letter or raising a concern with an authority through letters, are all innovative approaches of promoting interest in letters. “We have seen young children who haven’t seen postal system work being thrilled at knowing that by just writing an address on a post card, it reaches there. They can’t believe this is reality,” says Harnehmat. In an age where parents and schools scrutinize every activity with the prism of cost-benefits, daakroom has curated workshops on things like calligraphy, origami, philately, writing skills, etc., to add value for engaging in its activities. 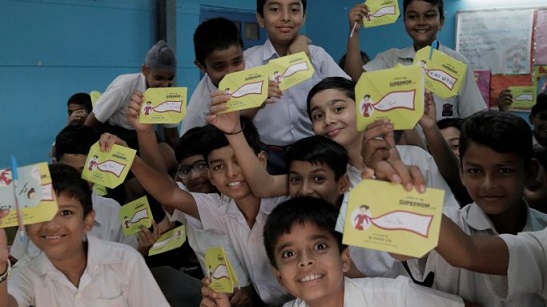 The organization now a LLP is primarily focused on school children as it offers a scale channel as well as impressionable minds. Schools are offered information newsletters, letter writing clubs, and other trivia to attract children. In fact, in its initial years, Daakroom encouraged children of one school to write to children of another school to show them the magic of letters. The organizers claim that in its journey of about eight years, it made people to write 5 lakh letters.

On December 4, Daakroom is organizing its second major carnival in Delhi (at Gandhi Darshan, near Raj Ghat) after a hiatus of two years due to covid pandemic, the first was held in 2019. The day-long carnival will have 12 workshops and something for everybody. More than 3000 students of schools from Delhi NCR as a curtain raiser have penned down letters for this carnival and are enthused to participate. 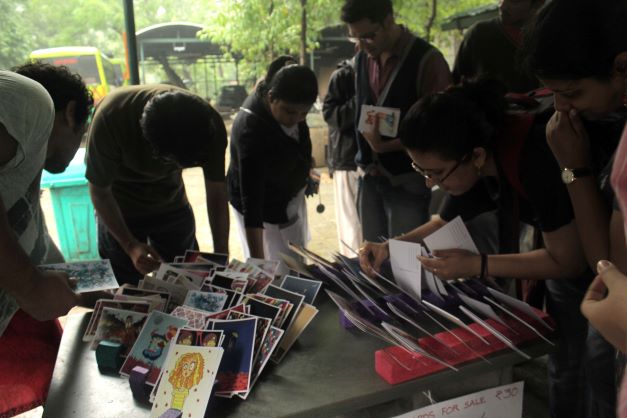 The Daakroom promoters see the Delhi carnival as a regular bi-annual or annual feature as they plan to make their work sustainable and businesslike besides taking this event to other cities in coming years. “We have been working on sponsorships and corporate support and in coming time we’ would like to professionalize our fund raising and work on revenue models to make our organization sustainable and scalable, “ says Shivani. The upcoming carnival is ticketed and ticketing is one such model being tried by them.

In conclusion, Daakroom initiative is not just a letter writing scheme but an example of how innovative we can become as the world moves from disruption to disruption rather quickly.