Covid pandemic has added to the deep running mistrust between fee-paying parents and most private schools in the country. As was expected, with slowing of economy and lockdowns, a lot of people lost jobs. Given the situation, clamor for adjustments to outright waivers of school fees—one of the priority expenditures for families with students—grew as a national voice, and governments had to intervene in several instances to side with the demand of parents in financial distress.

The school lobbies, thinking such moves as an infringement in their autonomy and rights, resisted such orders. Hundreds of budget private schools had their revenue flows snapped and faced the prospect of permanent closures. Therefore, all joined force to fight the case legally.

In Delhi, the state government using its powers under the Delhi School Education Act, 1973, restricted private schools to collection of tuition fees through directorate of education orders in April & August 2020 as the pandemic grew longer.  These orders were challenged by the Action Committee of Unaided Recognized Private Schools as it wanted its members to collect the annual and development fees as per practice to offset what it called financial distress of these schools.

On May 31, 2021, the Delhi High Court quashed the April and August 2020 orders of the Delhi government. It allowed schools can now collect the annual fees for the academic year 2020-21, as fixed and approved, with a 15 per cent deduction. The High Court has followed the Supreme Court court verdict in ‘Indian School, Jodhpur & Anr. vs. State of Rajasthan & Ors’ which had come earlier in the same month on May 3 and took away powers of state government in regulating school fees.

As per the Delhi HC order, the fees can be collected by schools retrospectively, since the academic year 2020-21 is over. The amount payable by students will be paid in six monthly instalments with effect from June 10.This will apply to all students who attended school in the last academic year, including those who are awaiting a decision on their Class 12 Board exams. 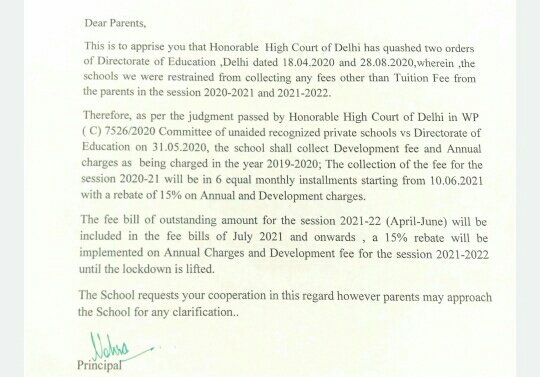 While an appeal against the above-said Delhi HC order was always in the offing and indeed the Delhi government filed a special leave petition (SLP) in the Supreme Court. Now as per details emerging from the case, the government has enclosed a list of schools having surplus reserves of more than Rs 1Cr in its affidavit.  Delhi Public School, Vasant heads the list with Rs 48Cr. The government argument is that it has examined fee proposals of schools and most have surpluses and therefore their fee proposals were rejected. Only were there is necessary, the proposals were allowed.

It further argues that even after meeting salary and other expenses, most schools have surpluses from tuition fee collection itself. Capital expenditure except furniture and fixtures has to be maintained by the running society of a school and not from tuition fees. As the schools were closed, development funds were not utilized properly. It also cites earlier SC and HC orders where the powers of directorate of education to regulate fee have been confirmed. As such, the Supreme Court court verdict in ‘Indian School, Jodhpur & Anr. vs. State of Rajasthan & Ors is not applicable on Delhi.

So, there is still this legal round to watch for before any side could think of school fee issue having settled in this country as the highest court will look into its own orders. 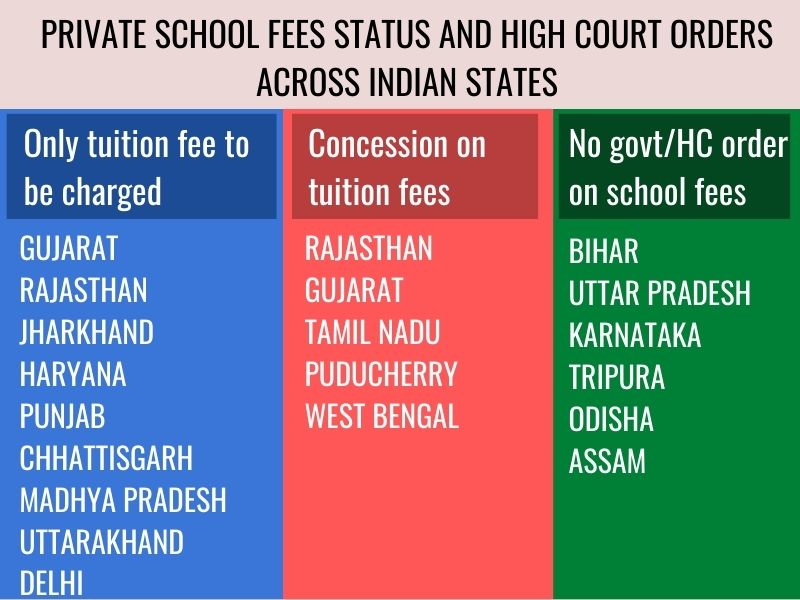