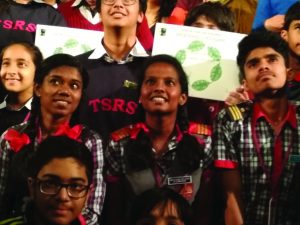 That Kendriya Vidyalayas (KVs) or Central Schools continue to be ‘the best school model’  in India was proved yet again, when two KVs from Kerala–Kendriya Vidyalaya Ottapalam and Kendriya Vidyalaya Army Cantt, Pangode—walked away with the prestigious Changemakers Award at the  Green School Programme Awards ceremony held in New Delhi on February 7. In all five awards were given in this category. The other three schools awarded for their innovative green school approach based actions with measureable positive change include Delhi Public School Patna, The Fabindia School, Pali, Rajasthan and The Motilal Nehru School of Sports, Rai (Sonipat). Continuing with good showing of KVs, Kendriya Vidyalaya 1, RCF, Kapurthala, Punjab was adjudged the best school under Air category.

Green School Programme Awards is an imitative of the Delhi-based environment advocacy think tank, Centre for Science & Environment (CSE) started in 2015 to promote and encourage schools adopts green practices. Under this programme, the schools can register for free for an online Green School Audit and submit information on the prescribed form.  CSE rates the school with focus on solid waste and water and sanitation. The green schools scoring above 70% are thus benched marked and visited for data validation and video documentation. Schools are also awarded in Air, Energy, Food, Land, Water, and Waste categories. 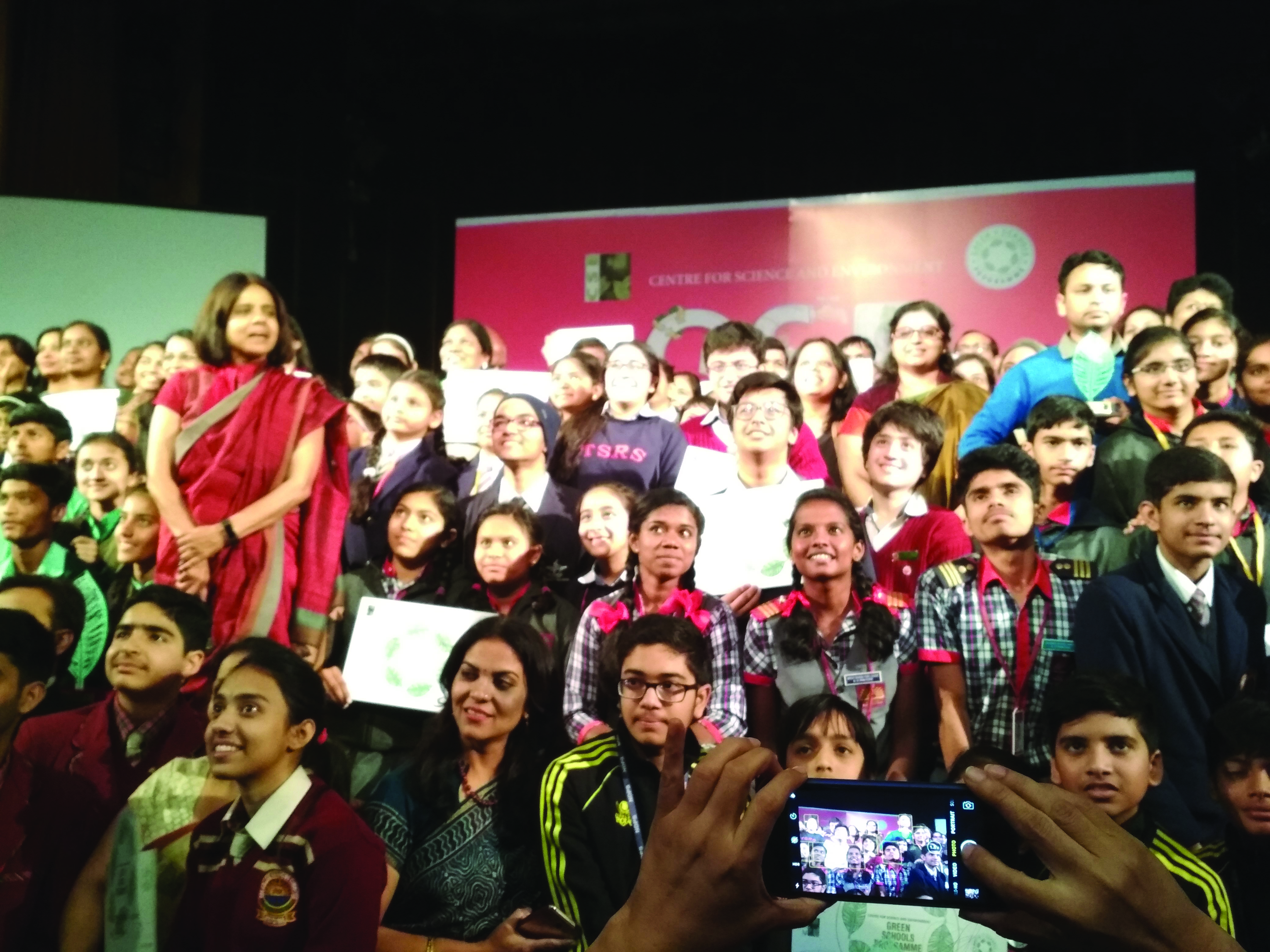 Kendriya Vidyalaya Ottapalam, the top rated school, is a living example of best environment friendly school and by the accounts presented and shown by the student presenters a wow green environment with vegetable garden, herbal garden, flower garden after it partnered with KVK and Krishi Bhawan for seeds. It phased out all tube lights, increased window floor ratio by 33%, has a solar capacity of 400 Kwh. The biogas plant supplies power to chemistry lab of the school. The school has added vermi compost  pit and manure is used in its gardens. 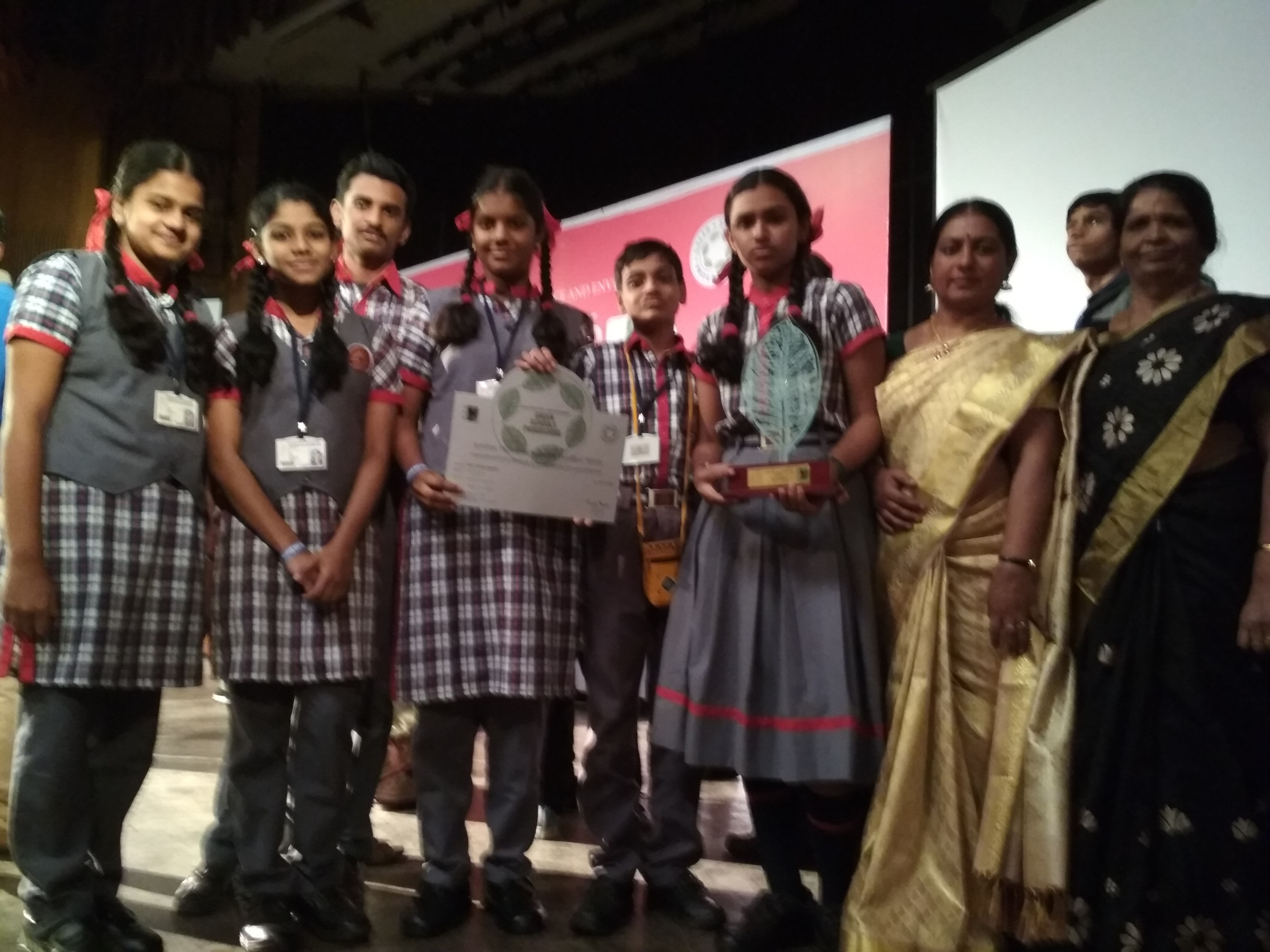 However, perhaps the greatest change that occurred in this school and all winning schools was ban on packaged and junk foods, doing away with canteens and plastic lunch boxes. For eating healthy the KV Ottapalam students bring home cooked food in steel tiffins and is consciously made blanched for nutrition value.

At Kendriya Vidyalaya 1, RCF, Kapurthala, Punjab,  the school does not own any vehicles.  99% students and staff  commute by non-polluting mode of transport – Bicycles or on foot.The Window Floor ratio – 10 per cent  is above the minimum (5 per cent). Similarly, in food, the honor went to the Pragyan School, Greater Noida, Uttar Prades, where School Mid Day Meal is provide to all students including the breakfast. East Point School, Delhi won in energy, DRV DAV Public School, Phillaur, Punjab in land(it added 16200 sq mtr for more green cover to its biodiversity park) and Indirapuram Public School, Pratap Vihar, Delhi won best award in waste category for efficient waste segregation.

According to the overall report card, more schools are adopting solar energy; not for show but for use (119 schools have solar, 116 solar heaters of which 42 both solar energy and water heaters). More schools are harvesting the raindrop; conserving water (434 schools have Rain Water Harvesting, 127 store it; 176 schools recharge; 125 do both. But we find only 20 have filter units).

Mankind is en route to a population of 9 billion by 2050, the maximum limit that planet earth can support in terms of natural resources including land, and fresh water. And, unless the young generation develops a proper attitude towards environmental health, coping with enormous challenge that will emerge in coming years, will be very difficult to tackle. According to Dr Bhure Lal, chairman of EPCA (Environment Pollution (Prevention and Control) Authority), the epidemic diseases like cholera, malaria, dengue, dysentery, hepatitis, etc will become commonplace.

“We know that we have a crisis; air is polluted, rivers are dying, garbage is leading to bad health and diseases, in this scenario, schools will remain the demonstration places (labs) of learning for both solutions as well as breeding of change makers,” said Sunita Narain, well-known environmentalist who is director general of Centre for Science & Environment (CSE) besides editor of Down to earth magazine. According to her the number may be small, but these are questions of life and therefore change must excite us.    By Autar Nehru