November 11 is the National Education Day in India and coincides with the birth anniversary of Maulana Abdul Kalam Azad, independent India’s first education minister (Aug 15, 1947-Feb 2, 1958). Designating National Education Day in his memory was a befitting tribute to his extraordinary contribution and  vision towards an egalitarian national education development mission of a newly free nation. And he continues to be relevant even today and tomorrow. 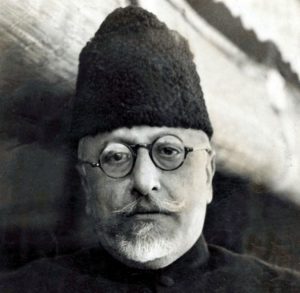 Remembering and writing on Maulana Sayyid Abul Kalam Ghulam Muhiyuddin Ahmed bin Khairuddin Al-Hussaini Azad, who became popularly known as Maulana Abdul Kalam Azad is never tiring because his persona and work has a timeless freshness. He was an institution in himself. His speeches, talks and writings on education are prophetic. As a country, India is arriving at and realizing day by day that the kind of national education agenda he talked about and envisaged is coming true.   A contemporary of Dr. S. Radhakrishnan, Maulana Azad like Gopal Krishan Gokhle, advocated the establishment of a national education system with free primary education and modern institutions of higher learning. And yet we had to convince ourselves so much and fight for getting right to education. “Education is the birth right of every citizen. A state cannot claim to have discharged its duty till it has provided for every single individual means to the acquisition of knowledge and self-betterment,” he had said.

The force behind country’s strong foundation in technical and cultural institutions, Maulana Azad while inaugurating the Kharagpur Institute of Technology in 1951, said: “We must improve the facilities for higher technical education in the country so that we could ourselves meet most of our needs. I looked and still look forward to the day when the facilities for technical education in India will be of such a level that people from abroad will come to India for higher scientific and technical training.” And now we have woken up for study in India program.

And the most important statement from him was, that wealth of a nation, is not the country’s banks but in primary schools. “A good school is a national asset of the highest value at any place or at any time. Schools are the laboratories which produce the future citizens of the state.”  And the day we realize the importance of the saying and act on it, India will be a different country, very confident, very progressive and prosperous.

As a distinguished scholar, great statesman, having lofty ideas of nationalism, democracy, freedom and rationalism, Malana Azad was a historic figure and a role model. In the charged atmosphere of polarized societies and radicalization, his messages and thoughts can play an important role in liberalizing minds from hate and provide a better interpretation of why social harmony and progressive mindsets are a better option.

Malana Azad’s legacy as a politician has its own strings. Being a former president of Indian National Congress and a cabinet minister in the first cabinet in INC government, Congress Party’s claim on his legacy has been more visible when it is in power. The BJP, which is on a unstated mission of denying great congressmen and women public eulogy, has always tried to belittle their memories with absence of official celebrations during its power play.

A person of  Malana Azad’s stature and contribution must be every educator’s ideal, his thinking on education must be a matter of more research and above all he must be celebrated as a national hero for all time. And not low key by a few tweets alone!