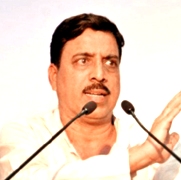 This government has taken several counterproductive steps to weaken Right to Education Act, which we got after so many struggles. What is worse, it is completely silent on it. All it did was to extend the deadline for trained teachers until 2019. As per our (RTE Forum comprising 10,000 organizations, individual activists and educationists in over 20 states) survey on the status of the RTE Act, only 9.6% of schools are fully compliant with the provisions  of the Act. The government does show interest or talk about its implementation, monitoring or making available the kind of resources it needs to be a success.

Today education cess which was meant to be an additional resource of money for education has become the fundamental financial resource accounting for about 65% spending on school education by the government. Unless you make money available, how is education going to transform and become quality education. This is one of the major impediments towards realising universal good quality education. And BJP which promised to raise the spend on education to 6% of GDP in its manifesto, after three years has completely failed to show seriousness of purpose. In fact, Modi government has no vision on education.

RTE Act is essentially a school education development program prescribing minimum standards.  Whatever weaknesses are there ought to be removed. In fact every clause must be prescribed a timeline to make it successful. However, what this government has done is, it instead of attributing failure to schools for poor learning outcomes punished children by doing away with no detention policy and CCE. CCE was brought as a replacement of stressful exams and rote learning. It was a scientific way of exploration by the children of his interests, talent and teacher was there to mentor and help him or her. It was a way new India would have been brought up on inquisitiveness, comprehension and collaboration. But instead of working on teacher training, quality of teaching and equipping schools, they went back to old ways unprecedented in the world.

The government’s focus on quality education is a misnomer. A good school needs everything. And you must be willing to provide that everything included trained and motivated teachers.  Quality of education starts much before in fact in pre-primary stage. Then , secondary education is all that important for your economic development and youth aspirations. And there has been a national consensus on extending RTE to pre-primary as well as secondary stages. But, there is no talk on that. SDG No 4 can’t be achieved without universalization of secondary education and the way we are going, we will be left behind in the world.

The myopic vision of this government has resulted in shutting down of two lakh government schools in last few years. This is alarming. This will badly impact education of girls, marginalized sections, tribes and poor. They will dropout. I see a scenario when there will be no schools for poor of this country to go. There is no data on out of school children and is still a challenge. What prevents the governments from putting their house in order and improve its schools. It has all the experts, resources and models to do it if it sincerely believes everyone should get good education. In closure of schools, the governments cite things like become uneconomical, lack of students etc and see consolidation and mergers as solutions, which is nothing but an admission of failure.

This government instead is promoting privatization of private schools and bent upon handing over school education to private providers. A failure to address government schooling has led to mushrooming of budget schools everywhere, which was bad for education. Infrastructure and teachers are backbone of schooling and these schools compromise on both. For digitalization and digital initiatives to be success you need science, maths and language teachers and not para teachers or less qualified teachers from the word go. But teachers are not a focus area of this government unfortunately.

The provision of 25% for EWS was essential brought in to break the hegemony of private schools. But they have a strong lobby and it pressurizes this government to no end resulting in protests by parents against high fees. In fact, we had proposed a national fee regulation committee to address the issue and stop loot by private schools and profiteering in education but again as there is no vision, merit of such recommendation is not seen by the government. Patchy work won’t do, you need to see the big picture.

(As told to Autar Nehru)