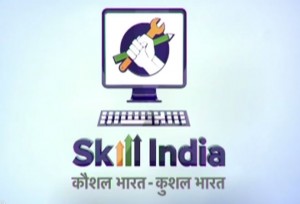 This year’s World Skills Day, which incidentally is also the birth anniversary of Skill India programme (July 15, 2015)looked sober devoid of optics and high decibel rhetoric.  There could be two reasons for this.  One could be that in spite of being a national mission, it is no longer in the government’s priority list. Or, in alternate case, the government has realized that the achievements under the programme are a no show. Paradoxically both the hypothesis might be true to some extent.

The national skill development policy of 2009 which metamorphosed in a new format with Skill India initiative of the present government at the centre in 2015, were both watershed developments and  reflected a vision of giving skills in the hands of a vast majority of youth. The fundamental idea has been to turn youth bulge into a population dividend for the country. Conversely, it is also is a means of a dignified and productive life for this youth population. So, while the intentions and visions has been noble in sync with the national aspirations and interests, yet somehow, this initiative is not able to takeoff the way it should have.

Research and data is one area, which has been long neglected and hardly aligned to skills education sector ever. Because if it were so, the ITIs (Industrial Training Institutes) would have been, the driving engines of this national ambition. Strange as it may sound, any big ticket initiative becomes big government money and that is where it is sabotaged. Customizing international models has been a long standing tragedy that has played havoc with our education system. Sojourners of these external models having access to highest policy makers and organs of government in their eagerness to be seen as successful reformists and changemakers, trumpet upon anything indigenously good or promising.

Ideally, ITIs should be the hubs and centres of the change but these are given a step motherly treatment, no upgradation of the curriculum, labs and pedagogy and also no share in attention and limelight which is stolen by self-praising clan of skill development private providers who used NSDC to make wild claims as hardly a change is visible on ground. Go to villages, tier 2 or tier 3 cities, there is no excitement or engagement. Skilled manpower still comes from traditional communities.

Actually, a missing link in skill education and its prospects has been the dignity of life associated with these trades, But a bigger miss is there is no social security net around these job roles. Governments spent thousands of crores on initiatives, schemes and projects but never look to make some job roles sustainable. A small intervention from government can change lives.

Rapid urbanization has already increased demand for a group of job roles like plumber, electrician, mechanics, security guards, nursing assistants, taxation advisors, investment counsellors, etc. Even in big villages this demand is catching up. If government were to provide a basic stipend much like it does in provident fund to private employees, and create panels on locality basis, it would provide a surprise stimulus to productive employment. You can regulate it and win confidence of citizens. This way these workers will get job security and citizens a credible mechanism of hiring their services. Private sector can’t scale it up. We better spread a network of civil stations on lines of police stations and fire imagination of a billion!