THE NEW EDITION OF THE QS University Rankings: Asia, released on May 13, sees significant change at the very top of the table. With the National University of Singapore (NUS) reaching the top spot, this the first time in the ranking’s six-year history that the table has not been headed by a Hong Kong-based institution. Fellow Singaporean climber Nanyang Technological University(NTU) also consolidates its top-10 position, climbing three places to rank 7th, while the most impressive leap among the top 10 is claimed by South Korea’s KAIST, which progresses from sixth to second place. The ranking is based on nine key performance indicators–1. Academic reputation (30%), 2. Employer reputation (10%), 3. Faculty: student ratio (20%), 4. Citations per paper (15%), 5. Papers per faculty (15%), 6 & 7. Proportion of international faculty (2.5%) and proportion of international students (2.5%), 8 & 9. Proportion of inbound exchange students (2.5%) and proportion of outbound exchange students (2.5%). The rankings are arrived at using data from the large global survey of academics, graduate employers, etc conducted by QS each year.

As many as 17 Indian universities have found place in the Asian Universities Ranking 2014 published by Quacquarelli Symonds (QS) for the first time in India though none of them is in top 10. Six more universities have made it to the list this year which include Asia’s top 300 universities compared to 11 last year.  IIT Delhi (ranked 38th) holds the top spot among the Indian contenders pulling clear of IIT Bombay in the 2nd spot (41st rank). Globally it is placed on 38th place and  IIT Bombay on 41st. Five other IITs feature in the top 100, led by Kanpur and Madras just outside the top 50. Among traditional universities, the University of Delhi took the lead at 81, falling one place since last year. 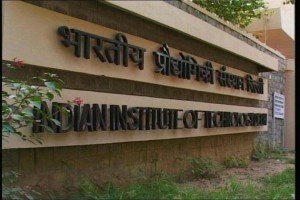 Apart from the IITs and DU, six other Indian institutes made an entry to the list. Banaras Hindu University, Panjab University, Manipal University, Amity University,Birla Institute of Technology and Science.

The University of Calcutta ranked highly on student exchange, coming second in Asia for outbound exchange and 52nd for inbound. Another global ranking had recently included IIT Guwahati in the top 100 of the ‘young’ global institutes.

With seven IITs among the leading eight institutes, the report revealed, the top levels of Indian higher education remain much stronger in science and technology than in social sciences and arts.

While Singapore strength lies predominantly in the successful nurturing of these two elite institutions  NUS and NTU  South Korea has succeeded in improving standards and international rankings performance across a large swathe of its more extensive higher education system. In addition to the high-level success of KAIST, 14 of the top 20 South Korean universities have improved their performance in the QS University Rankings: Asia this year. Across universities in Asia, in both established and emerging higher education systems, internationalization remains a top priority  and in some cases, something of a stumbling block. Progress towards greater internationalization is assessed in the QS University Rankings: Asia by comparing each institution’s percentages of international faculty members, international students, incoming exchange students and outbound exchange students.