Home New Courses Spirituality ‘Science’ could be the next horizon

USA-based retired professor of physics, Dr Amit Goswami, who is best known for his research and activism on Quantum physics and conscience, has found a team of supporters in India, which will together take his concept and work forward. IITian Anil Sinha, credited with co-founding “Consciousness Engineering Research Foundation” at Pyramid Valley, Bangalore which has established a Meditation Lab and a global conference on Quantum Energy Medicine is part of the team. Dr. Valentina Onisor, Integrative Medicine and transformational expert who travels with Dr Goswami for Quantum workshops is also in the foundation team. 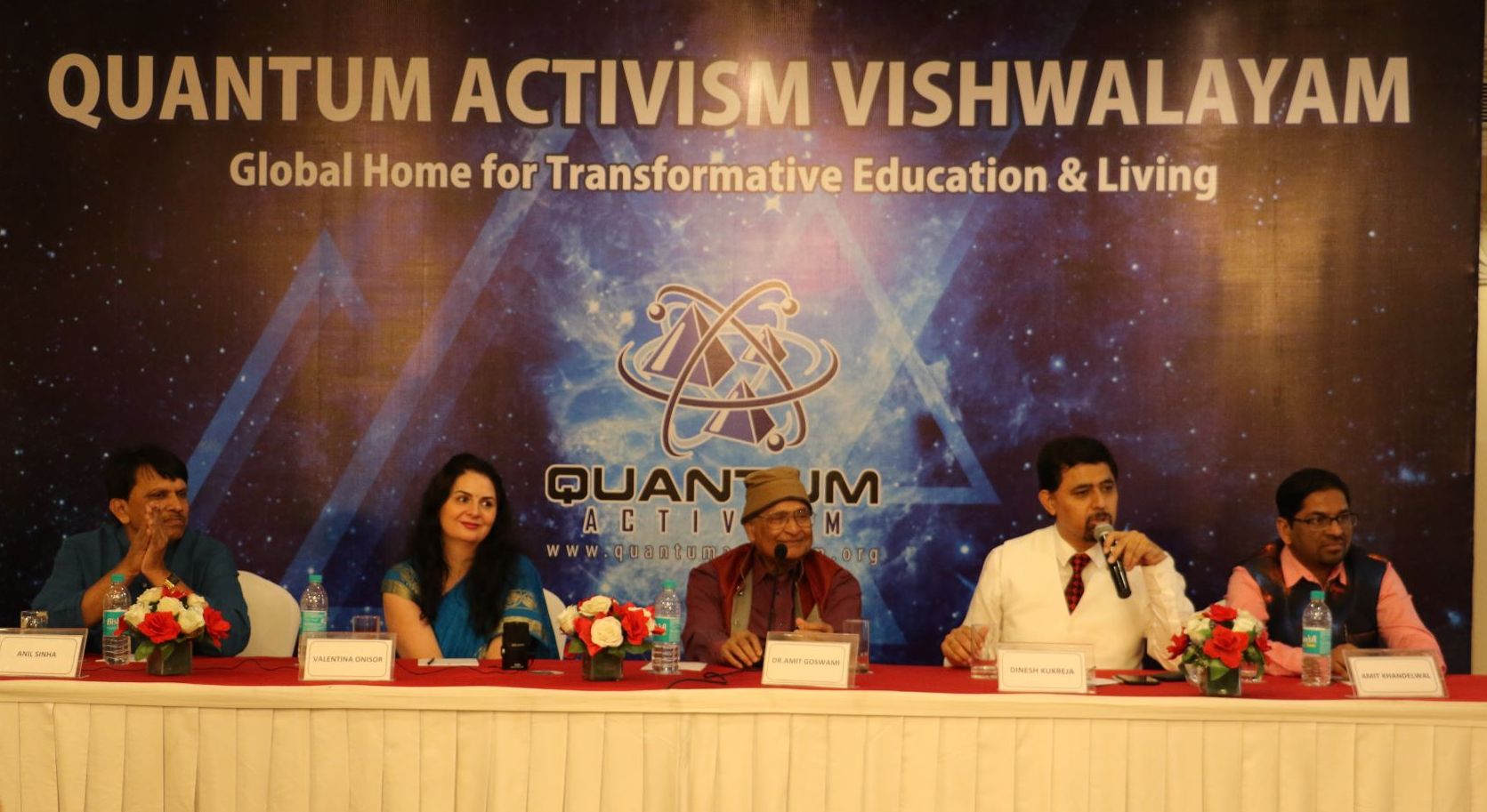 Dinesh Kukreja, a businessman from Jaipur, himself a professed quantum activism enthusiast  has joined force with Prof Sinha and set up a company by the name of Quantum Activism Village Foundation to realize dream of establishing a 300-acre village on the ‘quantum’ concepts. As a prelude to the main project, the foundation has come up with a  its inaugural course as a One-Year Certification Program in Quantum Science and Conscious Leadership. This course will have two semesters, first would concentrate on self-development and the latter would focus on professional development and integration. The educational program aims to inculcate a holistic and transformational system based on the fundamentals of ancient wisdom with the backing of authentic scientific research on quantum science and consciousness.

This one-year program will comprise of 20-days of intense classroom teaching sessions and the rest of the curriculum would be given through internet. The objective is to assimilate the practice of right thinking and right living in congruence with the means of earning livelihood by integrating science of consciousness into our lives. The first batch of 40 students from 12 countries has started the course program last month.

There is a grand plan of establishing a Quantum Activism Vishwalayam (globalized) village probably in Rajasthan in next couple of years. Dinesh Kukreja, CEO, Quantum Activism Village Foundation said that, “We are going to establish Quantum Activism Vishwalayam including a community living space with an initial investment of Rs. 100 Crores.  The Vishwalayam will be spread over around 300 acres of land which will have facilities for promoting holistic living, be completely self sustained and provide an ambience for transformational teaching & learning for professionals and leaders from different walks of life. It will have conducive spaces for meditation, self healing, growing own food, energy and waste management- all based on recognition of the principle of primacy of consciousness. It shall also harness the positive energies of the pyramids that have been shown to influence all things of consciousness. The Vishwalayam campus aspires to build the largest meditation pyramid for this purpose.”

According to Prof Anil Sinha, conscience is the ground for wellbeing and through research on neuroscience, genetics and ancient knowledge system, the role of consciousness is getting established. “That matter is everything may soon change with our kind of work,” he addd.

Saying that quantum healing is a new paradigm in healing Dr Amit Goswami feels there is a vast scope of bringing spirituality and science together. He emphasized the importance of India as a cradle of spirituality where a very advanced civilization and system of knowledge had developed ages ago and how his research in Quantum sciences has shown that the “consciousness is the ground of all being”- a truth recognized by our ancient wisdom that created institutions of higher learning e.g. Taxila and Nalanda. He averred that a revival of this ancient knowledge based on the paradigm of modern science provides us with viable and sustainable models for achieving global peace, prosperity and happiness for all.

The educational program aims to inculcate a holistic and transformational system based on the fundamentals of ancient wisdom with the backing of authentic scientific research on quantum science and consciousness.  The Vishwalayam will have a Pyramid Meditation center, Educational hub, Quantum Integrative healthcare, Organic farm, Quantum village, Community kitchen and a Quantum Entrepreneurship development center with an overall objective to help transform the emotionally stressed and meaning and purpose deprived dissatisfied lives of today’s generation, and nurture a new breed of professionals and leaders according to Quantum principles. These professionals will help create a happier and more intelligent and purposeful society.

How to be Robotic Automation Lead Design Specialist?