Top colleges may stand on their own

India took a significant stride in reforming its higher education after country’s national university education regulator the University Grants Commission (UGC) issued new regulations on granting academic and functional autonomy to top performing colleges in the country.  A gazette notification (University Grants Commission (Conferment of Autonomous Status Upon Colleges and Measures for Maintenance of Standards in Autonomous Colleges) Regulations, 2018) was issued by UGC to this effect on February 12.

Writing in Times of India February 15th edition soon after promulgation of the notification, Prof Arvind Panagariya,  former vice-chairman of the Niti Aayog and B Venkatesh Kumar Chair, Centre for Public Policy and Governance, TISS , said that GARs break away from decades long tradition of one-size-fits-all regulations for our universities. It may be mentioned that Prof Panagariya has been a vocal critic of UGC in the past and used his tenure at Niti Aayog to push for its reform including the present one,

As per the new regulation, Colleges that perform well will now be able to apply for autonomous status, which will permit them to start new courses and programmes, set syllabi and even “fix fees for courses at their own level. 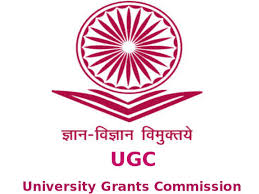 The regulation is applicable to all Colleges/Institutions which are affiliated to, or are constituent colleges of Universities in the country seeking the conferment of Autonomous College status. Colleges (of any discipline) whether aided, partially aided and unaided/self financing are eligible provided they are under Section 2(f) of the UGC Act. For this the college should have at least 10 years of existence,  must be accredited by either NAAC with minimum ‘A’ Grade or by NBA for at least three programme(s) with a minimum score of 675 individually or a corresponding accreditation Grade/score from a UGC empanelled accreditation agency.

However, if the number of programme(s) being run by the Institution is less than three, then each of the programmes should secure 675 or more marks. Accreditation status must be valid at the time of application. Provided further, the existing autonomous colleges will be required to comply with this eligibility condition within a maximum period of five years from the date of notification of these Regulations. The constituent colleges shall also undergo separate accreditation by NAAC/NBA/UGC empanelled accreditation agency to be considered eligible.

The application of colleges covered under section  6.4 (ii) and (iii) of the said regulations shall be considered as the report of the Expert Committee for consideration of the Commission and its approval thereof. 6.5 If an autonomous college has obtained the score of 3.51 and above on a 4-Point scale from NAAC or a minimum of three programmes have been accredited by NBA with a minimum score of 750 individually or a corresponding accreditation Grade/score from a UGC empanelled accreditation agency, the college shall be granted extension of autonomous status for further ten years without on-site visit.

The autonomous colleges can fix fees of the courses at their own level, constitute their own Governing Body, Academic Council, Board of Studies and Finance Committee. Under  3.9 of the notification, they shall have complete administrative autonomy and have the privilege of appointing their own Administrative staff and teaching faculty including Principal. However, the staff will be appointed as per the UGC (Minimum Qualifications for Appointment of Teachers and other Academic Staff in Universities and Colleges and Measures for the Maintenance of Standards in Higher Education) Regulations 2010 as amended from time to time. The autonomous colleges shall continue to receive funds as being done before the grant of autonomous status, if any.