Home Interview With the successful rollout of NSQF, we will have integrated skill-cum-mainstream education system soon in India

Skill development—You name it—AISECT has all. All India Society for Electronics & Computer Technology or now famously known as AISECT set up by engineer turned computer literacy evangelist, Santosh Kumar Choubey in mid 1980s in Bhopal, has come a long way to represent a new paradigm in skills education in India. The group, which has already three skills universities under its belt, has diversified in several segments including pre-schooling and day care in addition to providing Alison MOOCs and NSDC supported skill programs to help tens of thousands of youth stand on their feet. 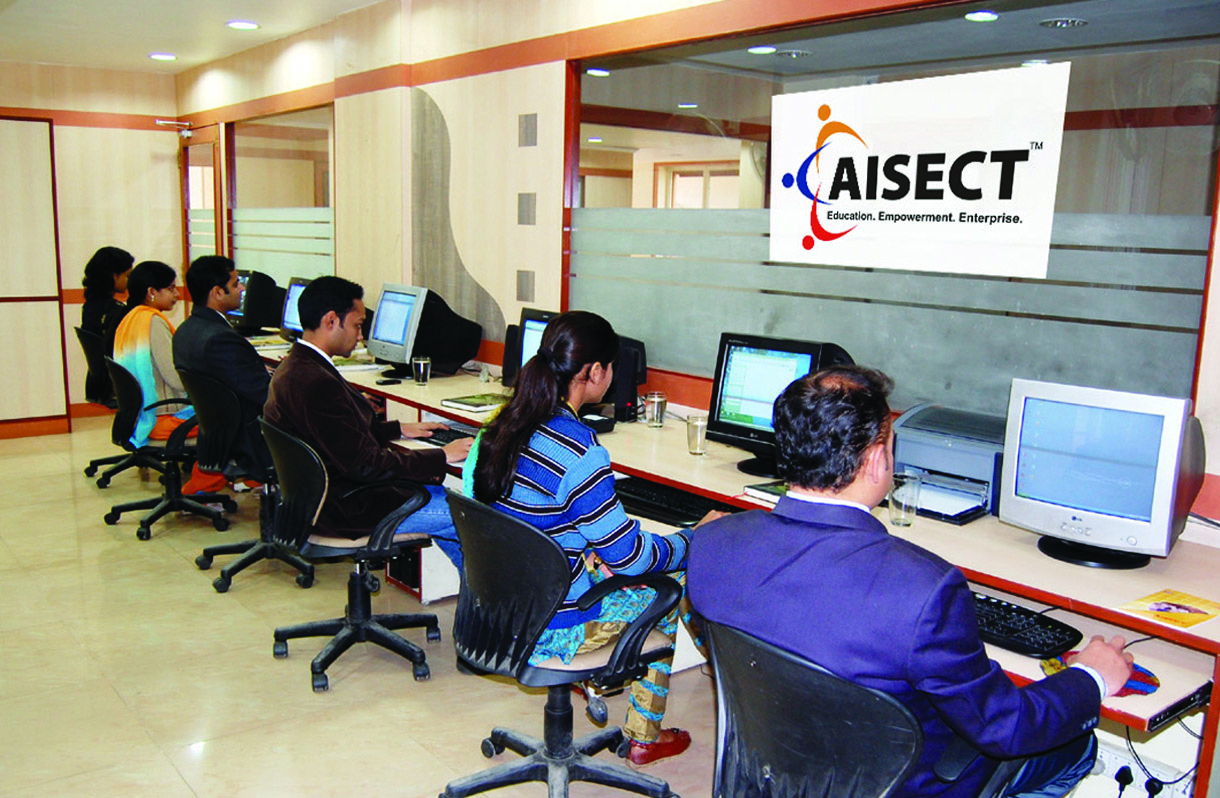 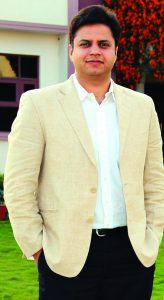 Emulating his father, Siddharth Chaturvedi, an alumnus of S.P. Jain Institute of Management & Research, Mumbai, who joined AISECT in 2009 as director after a brief stint in a corporate job, is infusing a lot of new age vision to AISECT’s growth all around the country, Autar Nehru in an email interview tried to get his side of the AISECT success story:

You have been part of AISECT for more than eight years now, can you recall what prompted your decision to be by your father’s side and how has been the going so far?

AISECT is not an achievement-driven business entity; it is a contribution oriented social enterprise. Being born and brought up in Bhopal, which is a Tier-2 city, and having noticed the lack of proper educational opportunities for local communities, I quit my job in 2009 and decided to follow in my father’s footsteps of contributing to the upliftment of rural communities – through ICT and skills based education and services. It has been a phenomenal journey ever since.

When I joined the organization, we had 6,000 centres in limited states. With a fresh perspective, I started emboldening the organizational framework wherever I found a gap. I sought to expand and take our organization and its vision to every nook and corner of this country. Today, we have over 20,000 centres at the small town, district and block level areas across 29 States and 3 Union Territories, offering a host of educational courses, skill development programs and various other services.

We have executed hundreds of Central and State Government funded skill development programmes across various States. The beneficiary groups that we focus on are Rural BPL and unemployed youth, school drop-outs, Panchayat functionaries, Women SHGs and the minority community.

Skill development is your forte…

AISECT has been active in skill development sphere since more than three decades, much before the advent of Skill India initiative, before the formation of the Ministry for Skill Development and Entrepreneurship, and has been significantly impacting the sphere with various path-breaking initiatives.

In 2012, with an aim of inculcating skills in our formal curriculum, we launched AISECT University (AU) in Bhopal as the first skills-based University of India. On the same lines we built another AU campus at Hazaribagh in Jharkhand.

And I believe, whatever schemes are there in skill development, AISECT is integral to most of them?

We established and operate the Deendayal  Upadhyay  Pradhan  Mantri Kaushal Kendra (DDU-PMKK) at Dr. C.V. Raman University in Chhattisgarh. In fact, CVRU is the only university in Chhattisgarh that has been selected as the Centre for Knowledge Acquisition and Upgradation of Skilled Human Abilities and Livelihood under the self-financed category for the execution of the Deendayal Upadhyay Kaushal Kendra Yojana. The PMKK Centre will conduct UG, PG and research level skill development courses for telecommunication, retail and IT.

Then our organization has partnered with the National Skill Development Corporation (NSDC) to impart skills-based training to 1.3 million youth across the country. Under this partnership, 11 AISECT-NSDC academies have been formed which offer university certified, certificate and diploma programmes in numerous cores. Till date, over 3 lakh cumulative student registrations have taken place. Moreover, 63% students were placed in 2015-16 alone.

Through Dr. C.V. Raman University and AISECT University, in the states of Chhattisgarh, Madhya Pradesh and Jharkhand; we are trying to inculcate skills based learning in the higher education framework. We offer world class educational and research facilities at these campuses at affordable prices.

That sounds terrific, now tell us something about AISECT’s online presence?

We have aisectonline.com, which allows students to access education anywhere and anytime. In a blended model, students enrolled for an AISECT Online course have the choice of studying at home or coming to the AISECT Centre to make use of the available facilities.

We have also launched AISECTMOOCS.com as India’s largest free online open learning platform in association with Ireland-based ALISON, the largest MOOC (Massive Open Online Course) provider in the world. Over 2000 free certificate/ diploma courses available in both English and Hindi are available.

Our job portal, rojgarmantra.com, has 4 lakh registered job seekers, it is the biggest rural job placement initiative of India. We conduct annual Rojgar Melas in partnership with NSDC to assist the skilled workforce of semi-urban and rural India in securing a job. In 2016-17, we covered 16 states and 60 districts, wherein 20,000 people were registered and more than 12,000 people were placed successfully.

You have also ventured into school education; can we hear something on that as well?

Last year, we ventured into early childhood learning space with the launch of Brainy Bear Pre-School and Activity Club. Within a year, we have set up 16 Brainy Bear Centres in Punjab, Haryana, Bihar, Nagaland and Madhya Pradesh.

We introduced ‘EduvantagePRO’ as a cost effective, bilingual digital content solution for K-12 schools. It is an Interactive Multimedia Content Solution for K-12 students in the semi-urban and rural schools is a low cost, bilingual multimedia solution for students from kindergarten to class 12 that aims to make quality interactive education accessible to every school across India. With content available in English and Hindi, it offers the most effective e-learning modules and solutions especially designed for challenging areas like Mathematics, Science, EVS, Biology, Chemistry and Physics.

AISECT is quite clearly a diversified education group. Do you have a coordination mechanism that in any manner facilitates mobility within the group?

Students enrolled in AISECT’s higher education institutions get access to the same quality of skills programs that we provide at our centres under the skill development initiatives in partnership with the government sector. All our students have options to study laboriously-compiled skills education content on aisectmoocs.com, an anytime-anywhere free of cost platform which also provides certificates upon clearing of certain assessments.

Universities play a big economic role in the regions, these are located, do you see that impact being made by your universities particularly in context of the part of country you’re located isn’t well known for excellence in education?

Both our Universities and their campuses are located in rural areas where they are contributing immensely in uplifting the rural economies in their vicinities. Dr. C.V. Raman University (CVRU) is based in the tribal belt of Kota-Bilaspur in Chhattisgarh, and was established in 2006 as Central India’s first private university. AISECT University (AU) has one campus on the outskirts of Bhopal and another one in Hazaribagh, Jharkhand. All these areas have heavily benefitted from private educational institutions not only in terms of easy availability of world-class education at affordable rates; but also in terms of overall upliftment in the livelihood standards of nearby people.

As an important provider of education in the heart of India, what are some of the challenges you face?

The acceptance of AISECT’s educational programs by people was the biggest initial success for us. Our programs were hugely popular since inception and progressed swiftly from blocks, panchayats and districts to cover the entire nation. This transmission and nation-wide acceptability of AISECT emboldened our organization’s resolve to provide a large array of educational and skill education services. It paved the way towards futuristic attitude where we started believing in making people self-sufficient through all possible means at hand.

Yet, challenges continued, and because of being situated in the heart of rural and semi-urban areas, they were sometimes severe! Available infrastructure for ICT centres was in a deplorable state. There were towns with little electricity supplies and no computer education. People were initially skeptical about joining any education program other than their formal degree courses. We created this trust by continued whole-hearted efforts towards imparting literacy in these regions. We pioneered educational content creation in Hindi and regional languages in order to make education accessible to people in the remotest corners of the country. There is still a long way to go before we are completely successful in bridging the education gap between urban and rural India. However, the efforts that have been made have yielded good results and I think we are moving in the right direction at the right pace.

Skills have become the backbone of job markets. Despite a huge demand in the industry for skilled workforce, we don’t have sufficient numbers to fill in these vacancies. Moreover, with our current education system heavily tilted towards formal degrees, we face an acute shortage of workforce possessing skills for the challenges in their field of employment. Thus, there is a gap in employment sector with respect to vacancies that exist and the people that are there to fill in these jobs. We must urgently create an appropriate balance between formal education and vocational education; so that more and more people are attracted towards skill development. Only through apt policy-making and systematic intervention on skills can our unemployment woes be successfully and timely bridged.

To overcome this problem at our end, and to facilitate the assimilation of skills-based education in formal education, we established AISECT University in 2010 as India’s first skills based university; where 2 skills are necessarily included in course curriculum every year. Thus, by the time a student graduates, he has atleast 5-6 skills handy that improve his employability. Also, we have established an AISECT-NSDC PMKK Skills Training Academy at Dr. C.V. Raman University, where students have access to high-class skills learning, along with their formal education curriculum. Other than that, we are hopeful that with the successful rollout of National skills Qualification Framework (NSQF) we will have integrated skill-cum-mainstream education system. After a full-fledged roll-out of NSQF, it will replace all other qualification frameworks active in the country.

What are some of your immediate future plans?

Our future endeavors are aimedat a deeper penetration into rural India by bridging the language and connectivity barriers, and creating various technology-based platforms. Further, to promote skills-based learning in the higher education framework, we will continue to establish universities in semi-urban and rural India. We are on the verge of finalizing a new AU campus in Patna, Bihar which will be equipped with all the state-of-the-art facilities, at par with AU standards.

A major project in the pipeline is promoting the central scheme of Recognition of Prior Learning (RPL). RPL is the process of certifying candidates from rural and underdeveloped areas of the country basis their skills, knowledge and experience gained through formal /informal learning and work experience.