The 5th interactive session of the “Achievers – Leaders of Tomorrow” series by The Knowledge and Awareness Mapping Platform (KAMP), an alliance of the Council of Scientific & Industrial Research (CSIR) – National Institute of Science Communication and Policy Research (NIScPR) and industrial partner M/S Nysa Communications Pvt. Ltd. (NCPL), has Banita Dash speaking about her achievement. The interaction was conducted online with 700+ students listening. The conversation can be  watched on their Youtube channel.  Here is the link

Banita Dash, who has received the Pradhanmantri Rashtriya Bal Puraskar 2022 for her innovations is a class X student of Jawahar Navodaya Vidyalaya in Anupu (Andhra Pradesh). She is a young astrophysicist, an innovator as well as an artist with skills and knowledge related to the Pattachitra painting. She is also a proficient public speaker as well gives motivational talks.

The Odia student from Nabarangpur had desgined an automated sanitising school bag, for which she received global recognition. She was awarded a cash prize of `1 lakh and an e-certificate from Prime Minister Narendra Modi on Republic Day.

Banita came to limelight after she discovered a small planet in 2021 during her stint at the Khagolala Asteroid Search Campaign (KASC). As part of the campaign, the children were trained on detection of asteroids. Banita had detected one which later was recognised as a planet by NASA, Hardin-University and the International Astronomical science and named it after her. 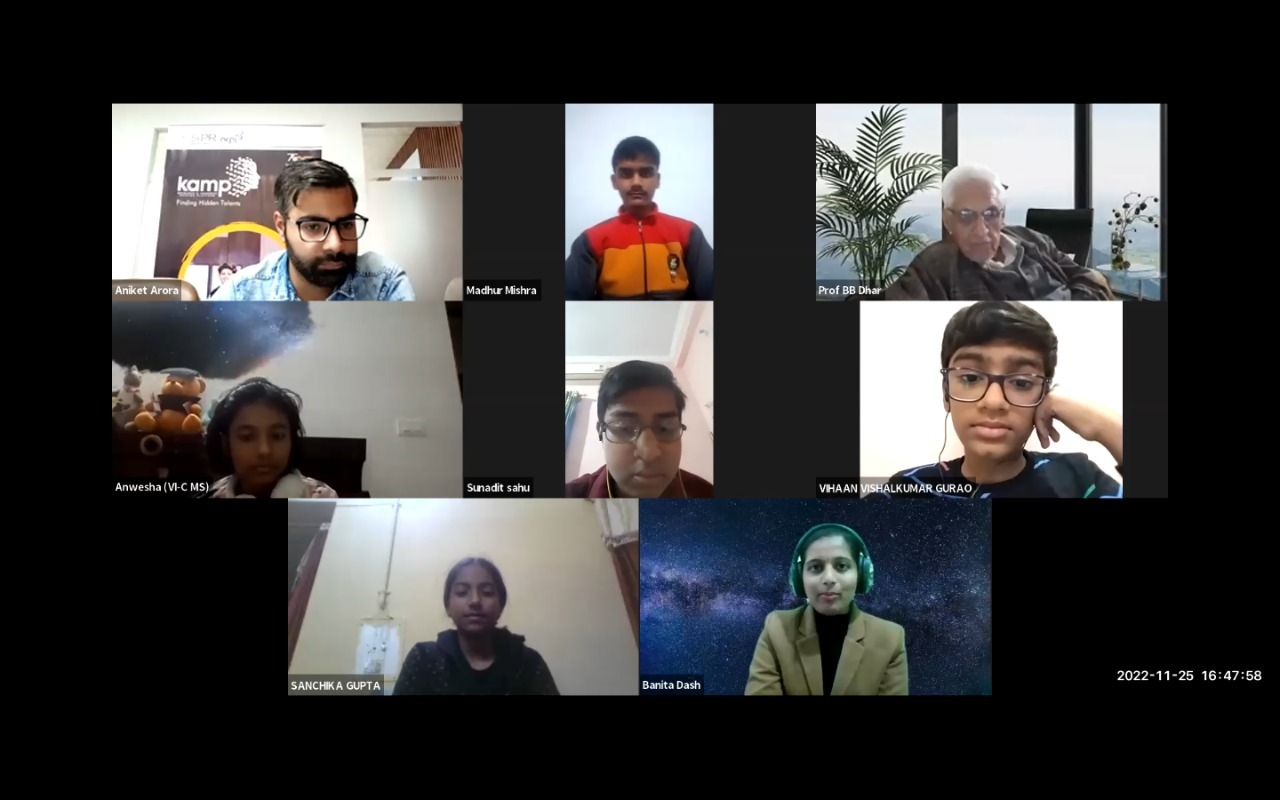 In this interactive session, Banita helped students understand her journey, and motivated them to how they can also achieve success within their desired fields of interest. Banita Marvelously guided, motivated and engaged the students throughout the session. She not only lead the session with her experiences, and knowledge/skills related to Astrophysics but also provided general tips for success related to Productivity, such as how to avoid distraction, how to use social media wisely, and how to learn and prioritise the task in hand.