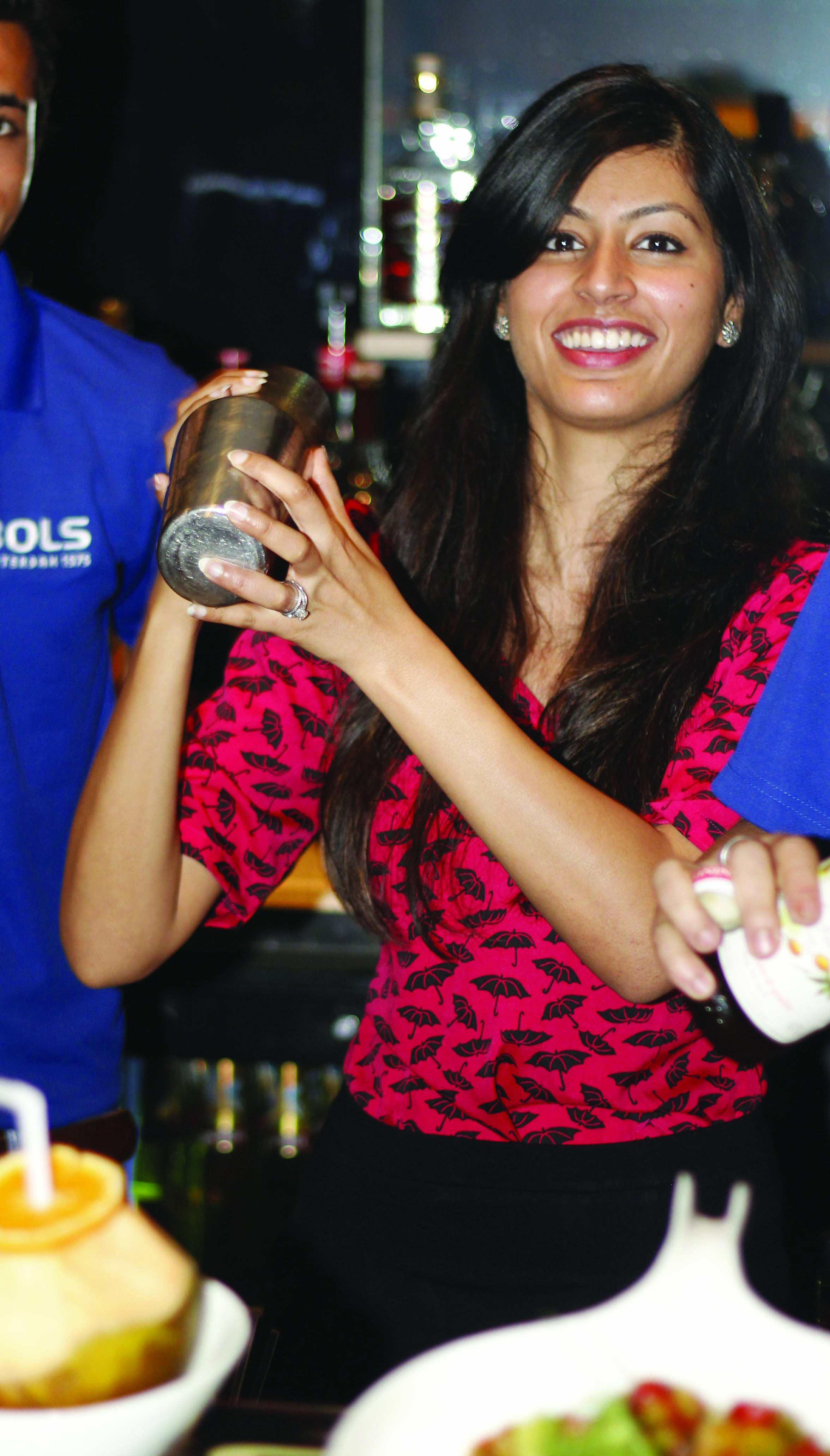 IN INDIA THE YOUTH ARE getting more connected to the global party culture. Now cocktails are finding more acceptability in Indian platter especially while celebrating favorite moments with friends and family members. This trend is stoking the demand for bartenders who can blend various beverages together as per the mood of the audience.

Yes, professional bartending is not the kind of career that fits in the realm of conventionality, it’s not in that sense sought after by students like other mainstream courses are. Part of the problem lies in the fact that bartending is riddled with a multiple misconceptions that need to be addressed. Moreover, people who truly enjoy getting social over drinks and possess the artistic potential to become a bartender must start viewing it as a career option.

The image of a bartender, that of a sociable man effortlessly mixing a cocktail, easy to talk to and narrate your troubles to, is at superficial best. A bartender is that and a lot more. For starters, you have got to be a night owl, ready to work all seven days a week (more so on weekends) and even on holidays. A painstaking knowledge of spirits, brandy, beer, wine is a must, not to mention the art of mixology. Now creating a cocktail from 2-3 different drinks hardly appears to be a herculean task. But remembering the recipes of hundreds of cocktails and presenting them with the utmost precision to a number of customers, all at once, is far from being a child’s play. To be sure, coming off as clumsy is not the option a bartender has.

With an expansive knowledge of drinks, a bartender also needs to possess ace social skills. He’s a people’s person, everyone’s friend, a good listener and the person you can narrate your sorrows to. But a bartender should ideally restrict himself to mixing up drinks. It’s never a good idea to blend personal and professional life and in a job as social as this, it could get really hard to keep the two separate. However, it is important to strike a balance.

For budding bartenders books like Jerry Thomas’ Bartender’s Guide; Imbibe! From Absinthe Cocktail to Whiskey Smash, a Salute in Stories and Drinks to “Professor” Jerry Thomas, Pioneer of the American Bar;  Punch: The Delights (and Dangers) of the Flowing Bowl by David Wondrich, are recommended which serve as valuable resource for bartenders.

Another aspect of bartending that has gained unmistakable popularity is flairtending. Remember Tom Cruise and Bryan Brown in the 1998 film Cocktail throwing bottles up in the air and basking in the boundless female attention? Well, a job as cool as that exists for real. Also touted as ‘extreme bartending’, flairtending consists of creating a spectacle using bottles, glasses, ice shakers and suchlike. More than simply serving a drink, a flairtender performs juggling, bottle tossing, finger rolls, fire breathing to keep you in high spirits. Restaurant and bar owners across the world enthusiastically employ flair tenders as their dazzling performances help enliven the atmosphere and enhance the overall guest experience.

Flair tending as a profession is becoming increasingly popular, so much so that fairing contests take place  regularity. They provide a common platform to flairtenders from all over the world to put their talent on display.

This performance art however, is not grasped overnight. Like any other art form, it demands sincere practice and perseverance. There are training schools which impart lessons in bartending to both amateurs and professionals. One such school is Bols Bartending Academy in Amsterdam where under the brilliant tutelage of experienced instructors, students acquire the skills to make their foray into the world of bartending!

Flairtending is an art, and an innate one at that, its something you ease into naturally, like you were born to do it. Its not something students from streams other than hospitality would easily venture into, but if you feel you are cut out to be a bartender, you’d rather be behind the bar creating lip-smacking concoctions, than be across it downing a tankard of beer.

It’s about time that India produced its own flairtending champions! What is required of people is to dare to make unusual choices, to take risks and explore their creative side.