Home Interview Crowdfunding is the best platform to provide wings to your dreams: VARUN SHETH, CEO and Founder- Ketto.org

With the high influence of Social Media and internet in a fast growing young population and emergence of crowdfunding,  Mumbai-based, Varun Sheth, an alumnus of  Narsee Monjee College of Commerce and Economics along with Bollywood Actor Kunal Kapoor founded crowdfunding platform Ketto on 15th August 2012. The founding team was later joined by Zaheer Adenwala. Varun in an email interview tells Autar Nehru, how Ketto  has created a unique bridge between the 100 million young Indian professionals who are online and internet savy and the 300 million people in India who don’t have access to basic social services such as education, healthcare, sanitation by using the access of NGO networks and providing these NGOs the necessary funds. 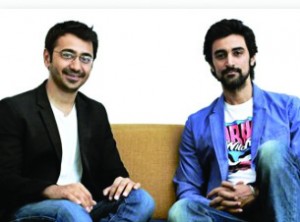 Kunal Kapoor :”Ketto is Varun’s brain child. One day he came to me with the model and i couldn’t agree more to be a part of such brilliant idea. Today, i am happy that we promote a message saying “don’t promote hatred, raise kindness”

Let’s begin by knowing the idea behind setting up of Ketto and also, its journey so far?

The idea behind Ketto is very simple–connect the people who have money with those who need money.  We saw the challenges during raising Funds for any cause as it is very difficult as well time consuming.  Our sole objective in the beginning was to work closely in Social Development space and assist NGOs to raise funds in a far more transparent, engaging and cost effective manner, and this has stayed like this.

The journey so far has been very challenging but Ketto has created a unique bridge between the 100 million young Indian professionals who are online and internet savvy and the other 300 million people in India. We have crossed different amazing milestones, though I firmly  believe we have a long way to go…

How did Kunal Kapoor got interested and what role he plays in Ketto?

The star’s first instance of giving back to people was at the age of 14, where with the help of his friends he helped his watchman’s son buy school books. Before becoming an actor, Kunal worked in the stock market for over a year which gave him good knowledge of business. Eventually, he realised he could use his acting fame to aid social causes. Over the years, Kunal worked with a number of charitable organisations like Save the Children, Akshara Center, Mijwan Welfare Society and with the help of his friends he started Kwan Foundation, which brought individuals from all sectors to support their favorite causes. Mostly, known to be a tech geek, he co-founded Asia’s largest crowd fuding platform Ketto. Till date, the platform has raised close to 400 million rupees.

Great! As we are more interested in education space, can you tell us how crowdfunding platform like yours can be useful for students and others in its ecosystem? Do you have a case study?

There are many ways in which crowdfunding can help in developing the education scenario in India. Let me pen down details of some-

Funding fees- The crowd funding platform can be used to raise money for one’s personal education and for other people too. This people can be friends, relatives or any random people. Today, digital platform has taken over the world and made it easier for people to contribute with a click of a button.

Funding Ideas- Ideas are generic, they comes and goes. But the one’s who executes, wins the game. Every crowd funding platform allows people to execute and grow into tangible long term goals. Accountability to the public creates a scenario that makes educational pursuits stay on track.

Funding Infrastructure and resources- Why keep crowdfunding stick to students only, many teachers have come forward and used crowdfunding to save their respective schools and colleges. For instance, Principal of Sikkim Himalayan Academy is raising funds on Ketto for to continue providing good education to underprivileged children from remote areas of Sikkim.

Customize funding for specific educational endeavors- Ketto allows users to customize their funding to particular needs where Fundraising pages are categorized by need, such as sports fundraising, travel, or creative projects.

Let me tell you about few interesting campaigns that focused on education.   young school student named Juhi Goyal is the force behind the campaign ‘Awaaz.’ The campaign seeks to source crowdfunding for furthering the education of hearing impaired, underprivileged children in the Samarpan Badhir Vidhyalaya in Agra.. https://www.ketto.org/success-stories/aawaaz

Delhi gang-rape gave Nilima, an idea of how rewiring of some mindsets is the call of the hour. School syllabus lacks one basic subject that seems to be the need of the hour – gender education. So she decided, to go to schools and speak about menstruation to children. Her objective was to make them uncomfortable, if that’s what it takes for them to grow up to be well informed, responsible adults. iEsha came up with a colourful, fun, digitized and most important scalable syllabus designed specially designed to help children understand menstruation, sexuality, interaction between girls and boys. That’s when she decided to give crowdfunding a shot. She started a fundraiser to raise Rs. 1 lakh on Ketto. https://www.ketto.org/success-stories/iesha

Another campaign that was led by Jasmeet, the cyclist who decided to partner with a Gurgaon based NGO called “Impact” to provide quality primary education to girls from marginalized communities and makes them change agents. Jasmeet decided to raise funds in the most interesting way, ever! He decided to cycle from Mumbai to Delhi for a period of 10 days asking people to support the cause by sponsoring kilometers on Ketto. He ended up raising Rs. 3,33,500 by cycling through various towns. “One of the sponsors further agreed to donate a crore to support the cause”, said Jasmeet enthusiastically. https://www.ketto.org/success-stories/jasmeet

Prashant Thakker, started a campaign and raised an amount of Rs 5 lacs for the formation of a fund for  Uri martyr Sepoy Janardhan’s 10 month old daughter, Jignyasa. https://www.ketto.org/fundraiser/sepoykvikas

Do you feel crowdfunding can spur entrepreneurship?

Definitely, why not. Crowdfunding is the best platform to provide wings to your dreams. I think it’s growing at a really fast pace. When Ketto was started a couple of years back, there was a certain amount of resistance. But over the years I have seen the mindset change. People are realizing the power of crowd funding. We’ve seen the interest and traffic growing with every passing month. But still, the startups have to work hard to create a benchmark despite using crowdfunding.

Crowdfunding is emerging in a big way. What are its advantages?

Crowdfunding is a way of sourcing funds for a project by campaigning to raise awareness and support for the project or idea. If and when people from around the world support your project, they will individually donate funds towards it, enabling you to turn your dream project into a reality. Crowdfunding websites provide a platform to the public in this regard.  With innovation fast becoming a new point of focus, start-ups are gaining ground in India, especially with programmes like Make in India and Digital India. In such cases, crowdfunding comes as a blessing, enabling tiny ideas to become a reality through the power of the crowd.

There is no limit to reaching out to people, the process is easy and quick and a good amount of valuable feedback is another best thing about using crowdfunding platform.

What are some of the limitations of crowd funding? And, also, how to choose a good platform?

Tax Deduction is what the fundraisers don’t appreciate. But there are four types of tax deduction in crowd funding- Sales Tax, Income Tax, Equity, or Gifts.  While it’s free to create and share your online fundraising fundraiser, Ketto deducts a fee of 6% + PG Charges (3%) + Service Tax from each donation that the campaigner receives.

Sometimes there is risk of the campaigner’s idea and project being copied by competitors who have better financing. Since, it an open public platform, duplication of creativity can be possible.

Before opting for any crowdfunding platform make sure you are aware of your goal and the crowdfunding concept. Another 3 important things to keep in mind are-

What are Ketto’s future plans?

The plan for Ketto’s future is to make it a one-stop solution for every individual who is looking to give back. We intend to partner with large organizations and are looking at working with them to help channel their CSR funds in the right direction. We will apply the learning we get through campaigns to better the platform and make the concept of crowd funding more popular. So we’ve got plenty of ideas and partnership thoughts in the pipeline. We’ve got love and support from over 5000 campaigners so far but we feel we’ve just touched the tip of the iceberg. There are so many people who still are skeptical about the idea of crowd funding and shy away from it. We want people to know that every time there’s a financial need, they know there’s a very easy, cost-efficient and a transparent platform they can go ahead with. I’ve always said we want to be like a Wal-Mart of crowd funding.