In the major overhaul of union cabinet that took place on July 7, Dharmendra Pradhan replaced Ramesh Pokhriyal ‘Nishank’ as the union Education Minister and Dr Mahendra Nath Pandey as union minister of Skill Development and Entrepreneurship (MSDE). With him, Rajkumar Ranjan Singh, Annpurna Devi and Dr Subhas Sarkar were also appointed as the minister of state for Education. Rajeev Chandrasekhar is the new Minister of State MSDE.

Just before the cabinet reshuffle, Ramesh Pokhriyal along with 11 other ministers including Health Minister Dr Harsh Vardhan, were made to resign. Dr Mahendra Nath Pandey has been shifted to head ministry of Heavy Industries. Pokhriyal, who developed post-covid complications and needed hospitalization is understood to have been rested on health issues, however, his handling of MoE, pandemic distress particualry examinaitons and track record was never upto the mark (Read our editorial of May 2020). Along with him his deputy (MoS) Sanjay Dhotre was also made to quit the cabinet. 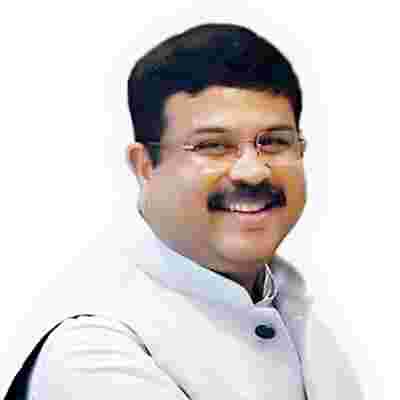 Dharmendra Pradhan, held the ministry of Petroleum and Natural Gas; and Minister of Steel before his transfer to current ministries. An alumnus of Talcher College and Utkal University, Odisha (he studied anthropology), Pradhan is a former student union leader, who started as an ABVP activist and later became its national secretary. He was also a president of Bharatiya Janata Yuva Morcha (BJYM). He was mentored by late Arun Jaitley and has emerged as an important leader of the BJP.

Son of former union minister, Dr. Debendra Pradhan, he entered electoral politics as a member of the BJP. He was an MLA in Odisha from 2000-2004 and then as Lok Sabha MP from 2004-2009. Thereafter, he has failed to win an election in his home state but has been a two-term Rajya Sabha MP. He was first inducted into union cabinet in 2017 as Minister of State (Independent Charge) of the Ministry of Petroleum and Natural Gas and then as  2019 Minister of Petroleum and Natural Gas; and then also given charge as MoS Minister of Skill Development and Entrepreneurship in April 2018. He piloted Ujjwala Yojana meant to distribute 50 million LPG connections to women of Below Poverty Line families successfully and got due recognition within the ruling BJP and outside.

Though in the coming weeks and months, how he unfolds essentially as a youth leader for the youth of a youthful nation, still going with the work he has done in the Rourkela region of Odisha and western tribal areas, it is apparent his understanding of skilling issues and challenges before the youth is ample. His success will directly help the BJP to become a strong player in Odisha politics where it has a considerable base but not the winning social appeal.

He will be assisted in the Ministry of Education by Rajkumar Ranjan Singh, Annpurna Devi and Dr Subhas Sarkar, each of whom brings to table rich prior experience.  (RK Ranjan) Rajkumar Ranjan Singh from an erstwhile royal clan of Manipur is a unifier and has worked for unity among the various tribes in his state. An educationist, he knows working of universities well. He joined politics in 2013 and is a BJP MP from Manipur.

Annpurna Devi an alumnus of Ranchi University is a former minister of Jharkhand and has held the child welfare ministry of the state. She has a 20 year plus legislative experience.  Dr Subhas Sarkar, the 3rd MoS is a gynecologist from West Bengal and has been one of important leaders of state unit of BJP.

As it appears that the current cabinet reshuffle has been done with a lot of diligence, performance appraisals and consultation, the new team at the MoE is expected to be proactive and fastrack reforms and NEP implementation. Reopening of schools and colleges/universities and undoing the impact of pandemic must be priorities so that the atmosphere of unrest and uncertainty is not allowed to go on.

Ditto for skills. There is a lot of work in skills education and the trajectory that the country has to take is a long one and needs professional leadership.