The first ever DAV alumni meet by way of a three-day national festival of country’s oldest and biggest chain of educational institutions in New Delhi between December 21 and December 23, 2018, evoked an enthusiastic response with a footfall of over 30,000 alumni, students, teachers and other guests. Very aptly titled as the DAV United Festival, the mega event was a package and blend of some of the finest performances, cultural events, discussions and importantly home coming of proud achievers in various walks of life. 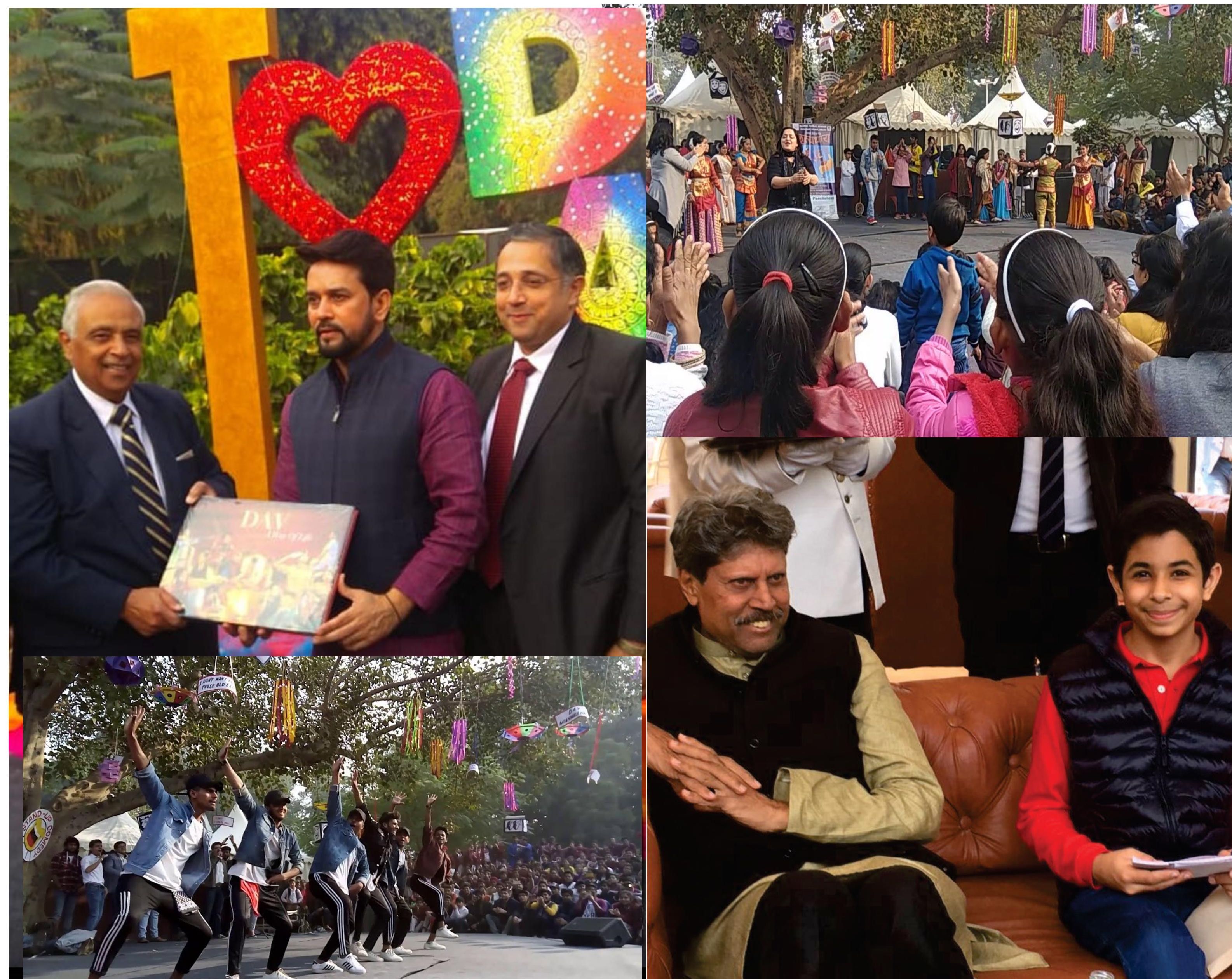 The Dayanand Anglo-Vedic (DAV) education system founded in 1886 on the ideals of Swami Dayanand Saraswati, a foremost religious and social reformer of 19th century and administered under DAV College Managing Committee today runs a variety of educational institutions all over the country which include 900 schools, 75 colleges and a university in Jalandhar (Punjab). Therefore, no surprises in that the tens of thousands of alumni who have graduated from these institutions in all these 132 years are spread in every field of society. From the present President of India Ram Nath Kovind, cricket legend Kapil Dev and Bollywood superstar Shah Rukh Khan to former Prime Ministers Atal Behari Vajpayee and I K Gujral, the list of DAV alumni who distinguished in their lives is a very long.

Therefore, the grandeur and scale of the first ever coming together of DAVians was nothing less than a kumbh in its own way. Mr Punam Suri, president of DAV College Managing Committee and chancellor of the DAV University, a veteran journalist and a Padam Shri awardee, while inaugurating the DAV United Festival underlined the strength of DAV family, its contribution in national building and excellence in various fields of knowledge, arts, sports and industry. “This family get together was due for a long time, but I am happy, it has finally taken off and I must congregate each and every one of our lakhs of students who have passed out from annals of our institutions,” he said. 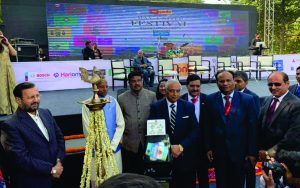 As the Indira Gandhi Centre for Art & Culture (IGNCA), campus where the event was held turned into a fun street with fun filled activities like street plays, dance, music, drama, standup comedy sessions, poetic recitation panels, film shows, and live performances from some of the sensations in the field of pop and Indi music. The top of the chart performances by Doorbeen, Ink Band, Hardy Sandhu, and Zulfikar kept the young ones on their feet and drooling to their songs. Similarly comedians Milind Gaba, Arun Gemini and Arun Tandon provided loads of fun as the loving audience burst into peals of laughter.

Himani Kapoor Singer and a finalist in Sa Re Ga Ma Pa, who also performed said that DAV has taught her values which are helping her progress in life well. “I am very happy to be part of this Maha Kumbh. A proud DAVian!,” she added. The way DAV system provides an amalgamation of Indian cultural ethos and modern education came for special mention and  praise from its former students.   According to Industrialist and MP Naveen Jindal who studied in Delhi University’s Hans Raj College 1987 batch managed by DAV, said that he always cherishes the learning and support he got from his  college, “I am really happy to be part of DAV family, so big that crores of Indians are part of it and I am proud of being part of it and having benefited like millions of students from DAV system,” he added. 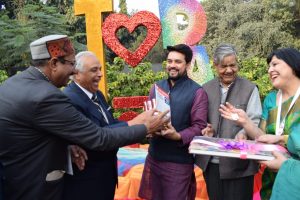 For DAV College Management Committee, this event apart from a show of unity for this diverse and big family was also a platform to showcase its strengths, achievements and social impact. Perhaps the bigger message was that that material knowledge and emotional quotient or spirituality present in DAV’s DNA has not lost any relevance with changing time but has become a proud brand of India’s inherent good and a bright future.