Your neighborhood carpenter, plumber, car mechanic and other technicians won’t look the same ordinary fellows any more in coming years. They will sound more like engineers, proficient problem solvers and businesslike educated guys. Chances are, you will confront a Ph D carpenter, who will change your worldview completely about skilled human capital. 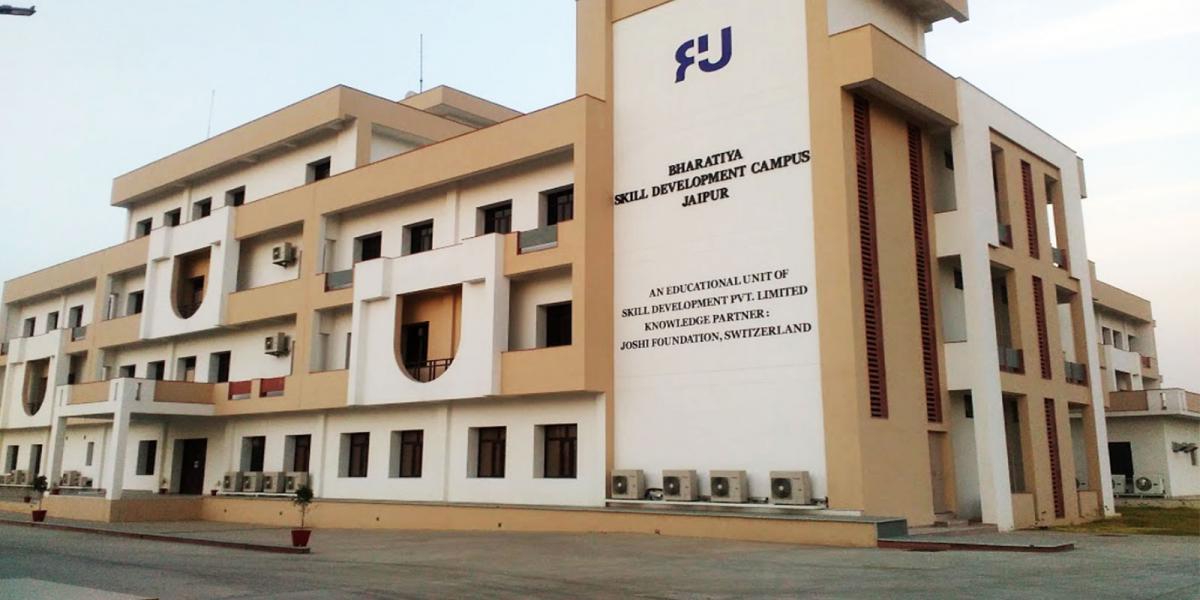 On the outskirts of Jaipur in the Mahindra Worldcity (a commercial township of 4500 acres developed by Mahindra group), world’s first skills university is taking a ‘model’ shape that will redefine skills education not only in skills parched India but perhaps the whole world. Bhartiya Skill Development University (BSDU), which started operations in 2017 in a 5-acre campus in the township, will be moving to its lavish 50 acre campus by the next academic session within the special economic zone, which will herald a new chapter in India’s skill development story.  BSDU’s inception and disruptive concept is already adding to a discourse that future disruption is not only about artificial intelligence or machine learning, but also about cutting edge skilling.

Indian industry, which has been grappling with the problem of underserved skilled manpower from country’s education system, even though enthusiastically welcomed ‘Make in India’ mission announced a couple of years ago but it knew deep inside their conscious minds how difficult it would be to do a China type or Germany type manufacturing here in India in absence of nurseries of skilled human capital supply as well as wide gap in societal aspirations for skills education. In this backdrop, BSDU model, even though still at a formative stage, perhaps holds the key.

BSDU, itself an intensive ecosystem of all serious skills development stakeholders within India, has identified potential economy sectors where requirement of skilled people is high and likely higher. The university has worked hard to make use of all available resources and expertise to devise B Voc curriculum for most of these identified streams. Post-graduation and doctorate programs have also been initiated to offer students progression in educational aspirations and importantly make skills education at par with mainstream education besides ensuring mobility and entry into formal education system and jobs based on degrees. 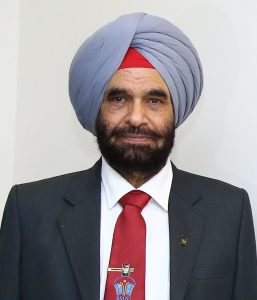 Brig (Dr)Surjit Singh Pabla is an interesting man to know. He is the man whom future history will judge as the architect of a momentous shift in India’s skills education. A retired brigadier from the Indian Army’s mechanical core and a doctorate in mechanical engineering from IIT Bombay, he entered the world of academics in mid 2000 post retirement to pursue his love for academics. After a few years with Manipal Group first as director then as vice-chancellor of Sikkim Manipal University, Jaipur, he did a stint with JECRC University again in Jaipur as VC and then went to serve as VC at Mangalaytan University, Aligarh (UP).

Brig Pabla, who had created a name for himself in social circles of Jaipur as vice-chancellor of two universities, was the man whom Dr Rajendra Kumar Joshi pursued adamantly to make his dream of skilling Indian youth come true. “Dr Joshi was finding it very hard to persuade people to buy his concept of dual system of education system whose success he had experienced for years while working in Switzerland.  He wanted me to take it forward as I understood what he was saying was indeed a big thing in our context. So, I suggested him that skills university will be a better answer than a junior level architecture for such a concept to which he agreed,” says Brig Pabla.

Dr Rajendra Kumar Joshi, an alumnus of BITS Pilani and a native of Jhunjhunu, after competing his doctorate in pharmacy from University of Komensky, Slovakia taught at Federal Institute of Switzerland and has been since living there. Married to a Swiss national, Ursula, Dr Joshi was also foundering partner of the highly successful pharma company, Fumapharam AG Switzerland that he sold in 2006. From the proceeds of the sale Dr Joshi and his wife Ms Ursula Joshi formed Rajendera and Ursula Joshi Foundation in the same year and it is then that Dr Joshi thought it is time to payback time for home country. 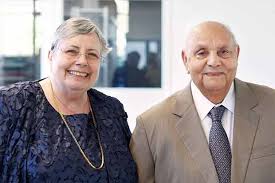 Being part and parcel of industry in Switzerland, the highly accomplished couple deeply analyzed and compared the skill development system in both India and Switzerland. The dual system of weekend learning theory in school and hands on training on actual job, made the difference to popularity and effectiveness of European skill development system. So, Dr Joshi, convinced that this dual system is needed to make India a manufacturing hub, began to explore options. He discussed with various people in Jaipur including the government and after a lot of persuasions and legwork , a state of the art institute, a poly mechanical school, was inaugurated in 2016 at a cost of Rs 100 crore. One student, one machine concept was brought to India for the first time for churning world-class skilled professionals.

Brig Pabla, who by now was actively involved in the process convinced Dr Joshi to go for university even though a prototype of skills university didn’t exist anywhere in the world. After this the matter was taken to the then Chief Minister of Rajasthan Vasundhara Raje, who enthusiastically backed the idea and set the ball rolling. Leadership institute got involved and an MoU was signed with the Rajasthan government for a university jointly with the state government. However, certain legalities and formalities of the government system was holding up the work, which in turn convinced the government of stopping there and facilitate establishment of BSDU through an ordinance  in December 2016. Finally the required Act was passed in the state assembly and formally the university notification came on March 30, 2017.

The same year, BSDU under the aegis of Rajendra and Ursula Joshi Charitable Trust (RUJCT) stared its first batch in some select courses and some of the 350 enrolled students have completed their third semesters both in B Voc and M Voc. A few students are even pursuing Ph D.  As per the scheme adopted by BSDU under the dual education concept,  students study one full semester at the campus and go to industry for the next and come back for the third. Like this, the skilling is a cyclic learning process importantly with exits at all levels. A person after six months of training  gets a certificate, after two semesters a diploma, after two years, advanced diploma and after three years B Voc. B Voc corresponds to level 7 of the NSQF. “Now a skills student can also aspire and apply for any job like IAS as any degree holder does. We have given that equality in thought for making skills degree as normal and acceptable,” adds Brig Pabla. It has also opened much needed opportunity for fresh engineering graduates who can take up a certificate course and polish their skills to make themselves acceptable to the industry.  Conversely, the industry people can get their people trained here and cope with employee stress and productivity.    “Labor disgruntlement is there because of advancement handicaps due to lack of advanced skills. By adding to qualifications, we can address their aspirations and turn the situation into a win win one for both management as well as the employee,” he adds. 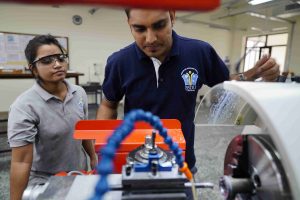 The intake for BSDU is twice a year—July and December on basis of an entrance test. Students with 10+2 with certain technical courses needing science at that level, Two year ITI diploma holders and Polytechnic diploma holders for lateral entry are eligible for B Voc courses. For M Voc any graduate with level 7 certificate under NSQF are eligible to apply for admission.

BSDU has a 65 strong member advisory council and includes the whole spectrum from government representatives to industry and academics, skills education experts, which is helping it roll courses with due diligence and vetting. In five years time, the university is looking at housing a population of 10, 000 students. However, what is more important is that a prototype skills university is beckoning the whole country, which since 2009 is trying its best to find an answer to the huge skills education challenge faced by it in view of both a youth population bulge and competitive world economy. 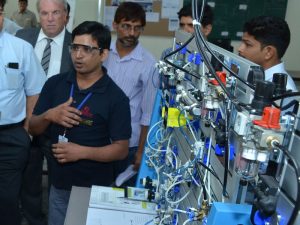 It is not that with BSDU roll out that the solution has finally arrived fully but a promising start of a change. According to Brig Pabla, who is also the founding president of the Association of (five) skills universities in India, a lot of states have shown keen interest in our model and people are trying to replicate it but the effort needed is to be a big one. Ideally, we should have between 100-150 skills universities to serve the society which includes industry. The equipment and inventories in addition to infrastructure cost is very huge for setting up of a skills university and it is only the governments, which can boost that number of these universities. “We have shown a way, changed bureaucratic fixations and proved unfounded perceptions wrong. A skills university is possible is our message,” he adds.

For a student engineer who was challenged in his own village for repairing an irrigation pump to an army officer where he had to start himself a hospital generator for his senior most officer’s wife’s ventilator, Brig (Dr)Surjit Singh Pabla has known all along how important hands on skills and culture are, which as a reality are missing generally in our case. Changing narrative in favor of a skilled society starts from here and all kudos to his vision…..Autar Nehru