Government schools in Delhi are experiencing a ‘Happiness Curriculum’ from July 12th this year and what is important, the 50,000 teachers, who otherwise always give a cold shoulder to additional work or change, aren’t complaining about it.

In a sense, it is giving them more hope than perhaps students, because students who are target of this ‘moral science’ intervention are supposed to behave and transform into better students. Teachers happiness lies in the belief that it will help them discipline unruly and hardened students and allow teach their pupil better!

Delhi government has taken care to make this essentially a yogic classroom exercise sound non-religious and taken chants and mantras out of the meditation and other exercises. Essentially, the happiness curriculum, made mandatory upto class 8 comprises of a daily period wherein prescribed stories are being told to students. Role playing, discussions and change measuring sessions make it engaging for children. “The stories and characters are very close to real life situations or to put more accurately, fits into the lives of most students. The idea is to involve children mentally, make him see the value of good and bring about a change in attitude,” says a teacher, who is taking a class daily since its implementation. The 45-minute classes start with mindfulness, followed by stories and activities. While there won’t be any exams associated with the new subject, teachers will make periodic assessments of children’s progress using a “Happiness Index”.

The happiness curriculum made by 40 experts and being transacted in about 1000 Delhi government secondary schools is by far the largest scaled up intervention of its kind and includes meditation, mental exercises and storytelling.  As Delhi Chief Minister, Arvind Kejriwal put it, “The happiness curriculum is a solid step towards creating good human beings.”

While it is still the initial enthusiasm that draws up a response of this intervention, evaluation of its benefits can only become measurable only after a full academic session has been completed. Nevertheless, a beginning has been made to help children to develop a balanced mind and soul for their own personality development and possibly for addressing many a woes of the society. 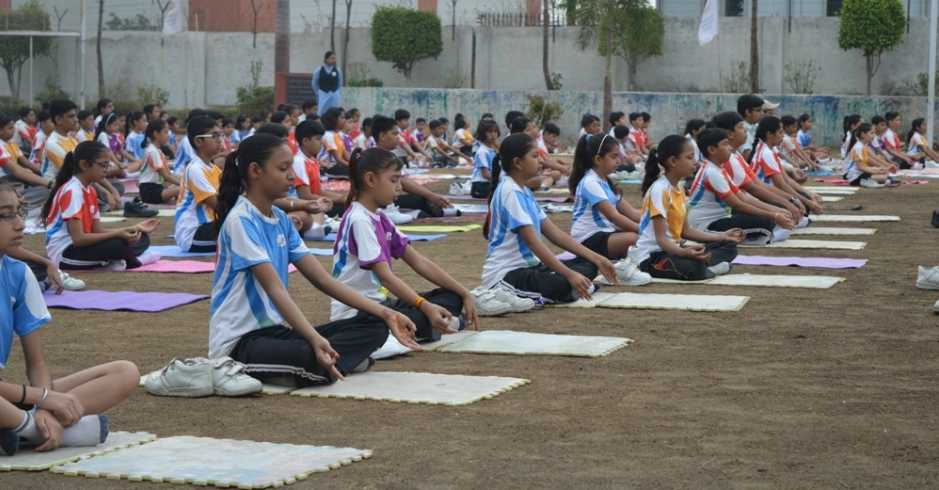 When International Day of Yoga was incepted on June 21, 2015 at the behest of Government of India with Prime Minister Narendra Modi leading from front, Yoga was practically reborn in India much as the same way as in the outside world. The level of awareness increased tremendously. It helped a minority of struggling yoga instructors find their feet and eventually students. According to Hemant Sharma, a yoga coach with reputation of having trained Delhi’s Ranji team in the past and also creating the first acrobat yoga team of visually blind, the Yoga Day has been a game changer and now the demand is very high throughout cities.

Hemant Sharma, who is a yoga teacher at Delhi’s S D Public School, Pitampura, has several success stories based on yoga to his credit. His school is a reigning champion in most of the Yoga Competitions being held in Delhi and his 350 students in the school are also the most meritorious ones. “Don’t know is the effect of yoga or meritorious student choice of yoga,” he says modestly while adding that he has demonstrated that yoga has concentration power besides making you realize how to keep body, mind and soul in order and happy.

Down in south India’s Bengaluru, Kuldeep Surolia, who is running Sorsfort School group, is getting famous with his own brand of ‘Sadvidya’ or soul education. Surolia is working on a 12-part series of yogic concepts and education this year and his ‘Super Brain Yoga’ conversation in the form of a very useful handbook is already selling on Amazon. Given the frequent incidents of shooting incidents in educational institutions and growing drug addiction in USA, many people there are turning to yoga to quell the unrest of ‘mind’. Kuldeep Surolia is traveling to Boston next month to addressing few sessions where he will talk about how yogic power can help in tiding over the situation. 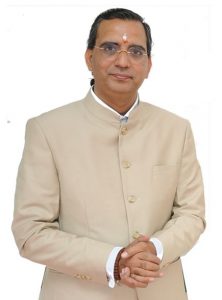 “I have been saying it since, I founded my school that education has to be comprehensive, you can cut a few chapters from textbooks or curriculum but value education or soul education, which shapes up an individual and remains with him all his life is most important and we must take it seriously,” says Surolia. According to him dropouts who become lonely and aggressive is a vulnerable class in our society. “You call it by any name, our ancient gurulkul practices and wisdom, a science in itself has a tremendous potential of helping our children tide over unpleasantries of real life including exam stress. Character building is important education,” he adds. The kanpakdi and uthak bhaithak  (squatting, sit & stand ups) which formed punishment in schools and before gods here in India is now the new super brain yoga as the ear lobes that thumb and finger touches have nerve endings, which trough acupuncture and energy release science help in better memory and concentration.

A lot of schools particularly new age schools, Rashtriya Pratibha Vikas Vidalayas, JNVs, KVs to a limited extent, small town schools in most of north India are mainstreaming yoga or yoga like activities in daily school timetable. This is becoming a movement and spreading across India.  In other words, after a gap of hundreds of years, the ‘gurukul practices’ are again coming to life. And, in the process, the new awakening is also recognizing proponents, exponents and practitioners of this ancient knowledge and science.