The story of Princess Suriratna of Ayodhya who later became Queen Huh Hwang-ok after marrying the Korean King about 2000 years back is gravitating as the central narrative that is redefining closer relationship between India and South Korea in recent years. With the stellar rise of South Korea as a highly developed mixed economy destined to play a major role in global economy in coming decades, the blooming friendship of India and South Korea is gradually percolating to peoples.

If the 2012 song Gangnam Style by Park Jae-Sang, popularly known as Psy ts films, was a groundbreaking cultural exposure of Korean pop for the world, it is being followed up more in India with consistent rise in popularity of not only Korean pop but the whole range of entertainment from films to drama and comics. The cultural stimulation and influence is also spreading to food and travel. 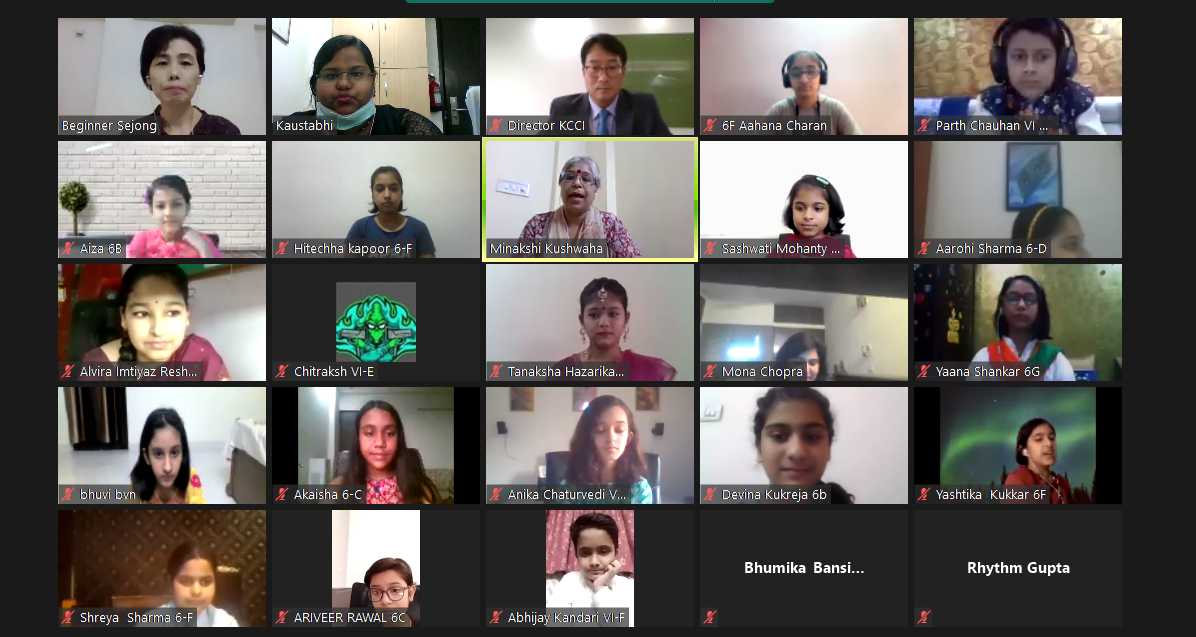 With the presence of more than 700 Korean companies in India including hugely popular brands such as Samsung, LG and Hyundai, the demand for Korean language courses is increasing day by day in India. JNU, Delhi University and Jamia Milia Islamia had already started Korean language courses and programmes. With the new National Education Policy announced in 2020 by India, Korean became one of the Indian government’s recommended foreign languages. This has led to many schools introducing Korean in their schools.

Curriculum Magazine’s Autar Nehru in an email interview with Hwang Il-yong, Director of Korean Cultural Centre India got a sense of this new trend in schools

Korean Cultural Centre in India (KCCI) is doing a remarkable service in bringing the people especially youth of Korea and India closer. Can you please briefly enlist some of these youth oriented programs from KCCI for awareness of our readers?

Currently, “K-Pop Contest 2021”, “6th Korea-India Friendship Quiz Competition 2021” and “INDOREA Essay Writing Competition” are going on as our main events for the youth. K-Pop is Korean pop music, through BTS`s global sensation, I believe you to be aware of what K-Pop is. In vocal and dance categories, all Indian youth can participate to this contest. Just sending us your singing or dancing video with Korean pop music can lead you into the big community in India. And Quiz one is for school students and Essay one is for college students. Understanding and learning each other as friend is natural interest and process. In this perspective, we are holding online quiz and essay writing about Korea (history, culture, language, current affairs, etc.) as a format.

And apart from these special events, we have operated Korean language, Taekwondo (Martial arts), Korean culture experience programs since our beginning as our regular programs.

Apart from this, the decision to start Korean language classes in schools in India is a milestone in this exchange of our cultures; can you give a sense of footprint and timeline of this welcome initiative?

Korean in schools was started with one school in year 2015 as demo hobby class. In year 2019 it was formally introduced as hobby class programme in 14 Schools, which was further creased by another 13 schools in year 2020.

Year 2020 can be considered as a major milestone, as Korean was introduced as a ‘Curriculum based’ language programme in 6th grade in three schools and this year, it has gone upto to 12 schools in Year 2021, along with 20 more schools starting hobby class programme.

Foreign languages in India are traditionally tied to employability and as a gateway to countries of these languages. In that context, how useful is Korean to Indian students?

Approximately 700 Korean companies and offices are already working in India. Demand of Korean language professionals is showing an increasing trend which is expected to go up further with the increasing bilateral trade between Korea and India.  Also, the inclination to do higher studies in Korea is also increasing among the Indian      students due to top-notch and future promising education system of Korea. The numbers of Scholarships is also increased if we compare to scholarship situation 3 years back. With English’s rising popularity in Korea, students don’t face language barriers as such and with time we’ll see more and more students from India in Korea.

Is there any support or incentives that your centre offers to schools in starting  Korean language classes/labs etc?

Yes, Since year 2015 with the start of First demo hobby class, all the hobby class and the curriculum based Korean language classes are fully funded by KCCI including all expenses of the teacher’s and the textbooks. 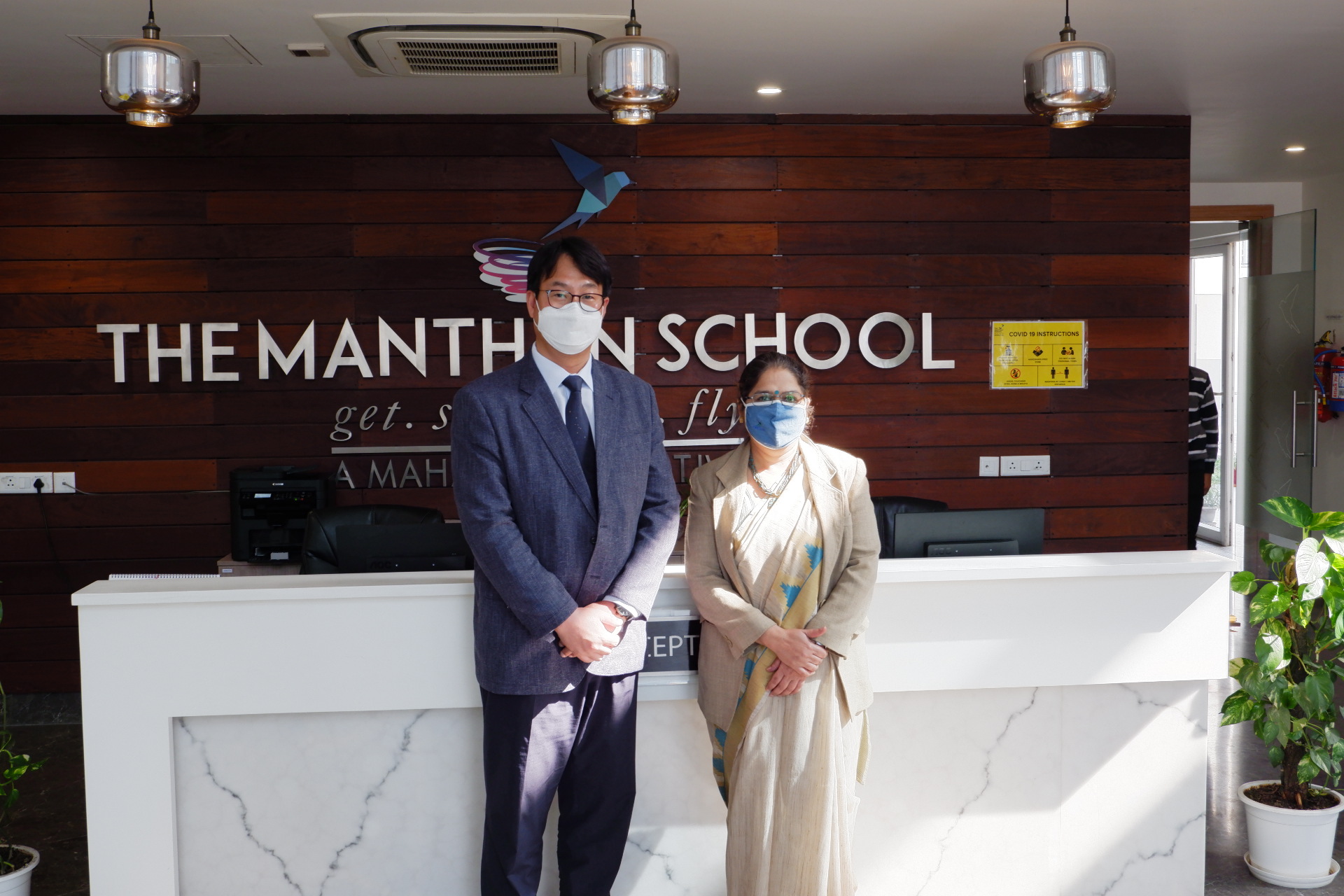 Apart from regular school classes, what are the other ways of studying Korean in India?

Other ways of learning Korean in India can be categorized into full time study programs like Graduate, Masters Programme in universities. Institutes like King Sejong Institute which is having presence in six locations in India, is also playing a major role in imparting Korean language proficiency and skills.

There is a lot what we call exotic to Korea and remains unexplored for a lot of people, do you see interest of Indians in Korea and vice-versa cementing relationship of the two countries as friends forever?

Actually, the friendship relation between India and Korea has been continued for a long time, about 2,000 years, starting with ancient Korean king and Indian princess`s love story. Both governments have recognized this well also, so the cooperation in every fields and aspects have been initiated and developed these days not only in economy sphere, national security, diplomacy, science & technology, but in medical welfare, city development & administration, culture, education, etc. as well.

And we expect the relation continually grow as overall these friendship streams are much appreciated and accepted by both sides well.

Finally, what do you like most about India and how do you see the next generation of people of the two countries partnering in taking this relationship to a new high?

Many people have shared the perspective that Korea and India blood shared friend based on the story of king and queen which I shared at the above question. I also personally feel India and Indian are close friends to me. We share many similarities in many fields, society and human character, ethnics, culture, etc. I like all, Indian food, movie, culture, cities, beautiful nature, and so on.

For our next generation, I believe understanding and learning each other as friend is important. That`s our main strategy and vision also, “introducing Korea as friend to Indian youth”. I was asked by someone recently why focusing on history of two countries` relation and why are you working hard for all events even in this pandemic situation, my answer is this, Remembering India’s help and support as a friend, when we were in difficult times, is very important for us. We feel obligated to teach this to both countries’ young generations. History should be maintained, taught and properly promoted continuously for the next generation. We hope that more people get interested and study more about this point — the historical relation between Korea and India. When it is a difficult time, we should try and struggle more not to lose heart, hope and the challenging spirit. Life should go on.