National Bal Bhavan (NBB), an autonomous body under the union ministry of HRD, has prepared a certificate program of six-month duration on inclusive education of children with special needs for teachers of art and culture in association with  Coimbatore-based  Ramakrishna Mission Vivekananda University’s  Faculty of Disability Mangement  and  Special Education (FDMSE), the only higher education institution in the country to have such  a department. The program, first of its kind in India and South Asia, is expected to be rolled out on pilot basis in 2017 by NBB for its teachers in two locations, one in north India and another in south India. The certificate programme confers to level 4 of the  National Skills Qualifications Framework (NSQF) and consists of 30 credits.  This information was conveyed by NBB vice-chairperson, Dr Indumathi Rao, who is also the regional Adviser at CBR Network, Bangalore in New Delhi on September 28  at the end of a two-day workshop of NBB faculty and experts hosted by Svayam 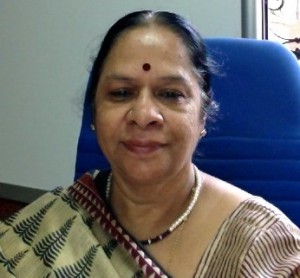 Foundation, an accessibility promotion & advocacy initiative by Sminu Jindal of the Jindal Group.

According to Dr Rao, 73 Bal Bhavans across India engaged in fostering scientific temper, performing arts and creativity among children  aged 5-16, were already including children with disability and special needs but fell short of standard skills that would allow them to do it better. “Accordingly last year at the annual meeting of directors of Bal Bhavans, this issue was discussed and it was decided to devise a skill-based program for teachers in association with the Ramakrishna University to overcome this training deficit,” she added.

The Program will be taught in a hybrid mode using IT. The theory part will be available online on MOOCs platform and the practical/skills will be taught in classrooms. An arts or performing arts teachers comfortable with use of computers above 18 years of age and having 10+2 qualification can enroll for this program. “The aim is eventually to take the program to various boards and universities so that inclusive education in the field of arts and culture is spread throughout the country,” says Sminu Jindal, whose foundation is supporting NBB in this initiative.

re are about 2.68 cr people with reported disability of which nearly 1.14 cr are children. “These figures are not definitive and only indicate a trend; the actual number could be more as rural India is still unexplored and unaware on reporting disability. We hope to create  awareness  about opportunities that exist for such people,” says Dr Rao. Inclusive education  is certainly an instrument but addressing it through twin tracks of ministries of HRD and Social Justice  isn’t helping. Even Nepal and Sri Lanka are better than us. Let’s hope Bal Bhavan hundreds of teachers will take lead to make an inclusive and joyous India