The National Commission for Protection of Child Rights (NCPXR), the constitutional authority entrusted with the monitoring of implementation of the Right to Education Act, 2009, is working on a manual for heads of schools and may contain various guidelines and necessary legal information regarding various aspects of the RTE compliance and child safety issues. 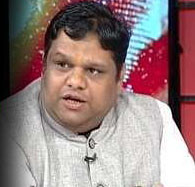 Giving this information at the national stock taking convention on the implementation of the RTE Act, 2009, by The Right to Education Forum (RTE Forum) in New Delhi on March 27 , Member, NCPCR (RTE), Priyank Kanoongo, said that NCPCR is working a manual to help principals and headmasters know and follow various guidelines.

He also said that out of school children is not clearly defined in RTE Act and needs to be worked on.  Kanoongo said that under section 29 of the Act, states have to notify academic authority but over the years CBSE had taken this role on its own and state boards followed pursuit. Now after NCPCR’s intervention, only NCERT textbooks will be used even for setting the question papers.

He clarified that school closure (of government schools in name of consolidation) can only be done on recommendation of the local body or Panchayats as provide under section 9 of he Act. He also revealed that child labor rules of 2016  are now mandatory for schools and every head of school has to report a child absent for more than 30 days.  Referring to DBT issue (Direct benefit transfer) where banks have been withholding money to beneficiaries for not having adequate balance in accounts, Kanoongo said that banks have been sensitized on the issue and the problem is getting over.

Kanoongo also said that 3% reservation of differently abled children in schools is above the 25% reservation in admissions as provided under section 12(c ) of RTE Act.