SIES (Nerul) College of Arts, Science and Commerce in Navi Mumbai will be holding its annual inter collegiate festival SIESONS on 19 & 20th of next month (January 2018). Preparation for this eagerly awaited mesmerizing student event is in full swing. On December 14, the customary drums bearing marked the start of event with students grooving to the sound of 30 dhols that created a vibrant atmosphere in the college 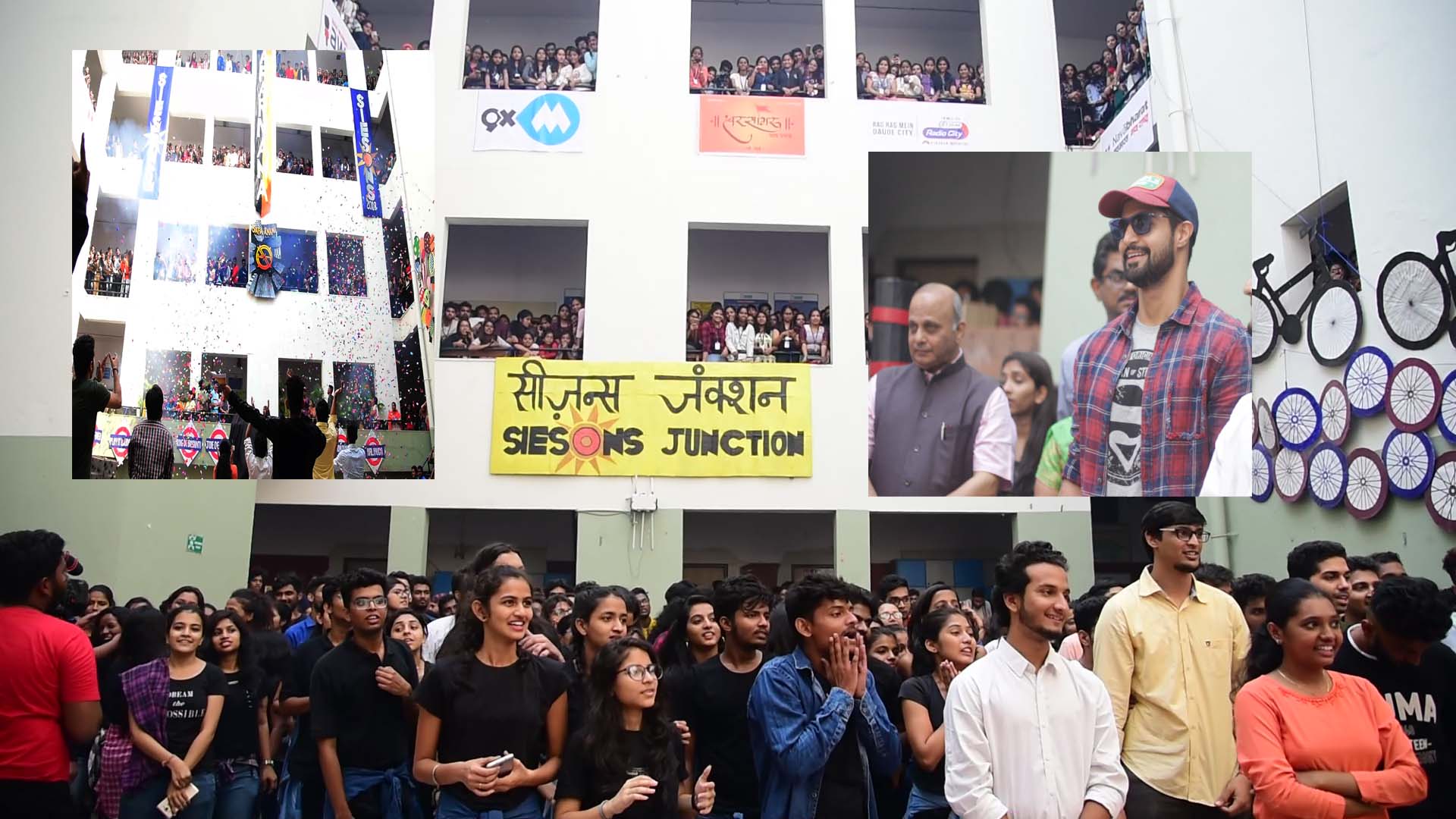 Tanuj Virwani of ‘Inside Edge’ fame graced the event cheering the students all along. He is an Indian actor and model, active in the Bollywood industry.  He is known for his role of Vayu Raghavan in the 2017 Amazon original television series. “It was amazing to witness the energy, the unity, of everyone who took part. The fact that each of these college students were not performing for themselves, instead were enjoying each other’s performances, lifting each other’s morale is something you don’t get to see out in the real world’, said actor Tanuj Virwani.

The themes of previous years were portrayed in the dance sequence, epitomizing SIESONS theme for the 20th year. The Theme for this year is ‘Safarnama’, which represents the beautiful journey of SIESONS over the past 20 years, because ‘Safar khubsoorat Hai manzil see bhi’. “We work very hard to put up the event, and it is heartwarming to get a positive response for all our hard work,” says S. Sanjana, Media PR Head, Well, we’ll looking forward to the final act!