Vertical split between SSA and ‘education departments’ may have ‘mutated’ gradual downfall in the last 15 years. Narrative around Government School System must also change to save government schools. 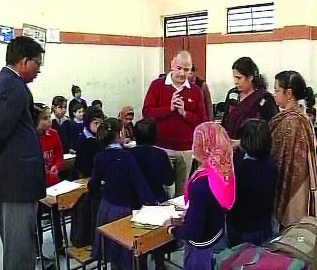 Delhi’s AAP Govt is silently & sincerely working to improve its schools, which among several things recently included remedial regular school for class IX students in winter vacation of ‘poor’ performance’ schools besides mandatory reporting of school sanitation, minimum wages to sweepers and surprise inspections. While outcome of these measures at this stage is both premature and unavailable, a study by Delhi-based think tank, Centre for Policy Research (CPR) concluded that monitoring of government schools in the country has gone for a toss ever since SSA evolved as a parallel system in India’s school system. The study implies that dichotomy between SSA and state education departments, has inter alia led to downfall of government schools says Autar Nehru

THE NARRATIVE OF school education in the last 15 years or so has revolved around universalization of primary education and more specifically on SSA or Sarva Shiksha Abhiyan—a countrywide scheme that started in 2001 to ensure education for all. It started as an experimental success in 1994 as the District Primary Education Programme (DPEP) in some areas and genuinely helped in augmenting quality of education in various places in terms of providing hand-holding support to educators and systemizing delivery and monitoring of education in district clusters. But that was it. After that it became a ‘success mantra’ in hands of governments at the cost of neglecting the conventional and local education ecosystem in core education functions.
So, while one string of this new DNA flourished and reached a pinnacle where education became a basic right and Right to Education got enacted to ensure universal access to education for children of 6-14 years, the real organization of education administration including the ‘army’ of lakhs of teachers went downwards so much so that state’ education departments have become mere establishment matters and lost vision of the primary objective for which these work. And, still worse, the whole structure of school education has become incoherent, and both institutional as well as individual involvement has touched a nadir. The system has been vertically split between ‘state’ education department looking after establishment matters and administrative work such as teacher salaries and transfers etc and ‘society’ SSA is monitoring academics, infrastructure, and quality and midday meal. This dichotomy has weakened the accountability of government school system entirely from top to bottom.
If the shocking findings of a recent study done by Delhi-based think tank, Centre for Policy Research, are to be believed to be widespread in all states, then we may be nearing finding an answer as to why government schools once a favorite choice of majority are unfavorable even for serving government teachers who send their own children to private schools.
The study titled, “Are Government Schools Monitored Effectively?” led by Kiran Batty, senior fellow at CPR, who has earlier served with the National Commission on Protection of Child Rights (NCPCR) as RTE National coordinator and also with UNICEF as education specialist, was carried out in 166 schools in five states of which three states of Rajasthan, Himachal, Odisha were reviewed for rural component while as Delhi and Bangalore were studied for urban component. In addition to 166 head teachers, the researchers also tracked the system to district level and interviewed several DEOs, District coordinators of SSA, BEOs, Block Resource people, and Cluster Resource people to capture the perceptions of monitoring from frontline officials. And after analyzing the results the study found that monitoring roles are not clearly defined and monitoring across was ineffectual. “Institutional arrangements are marked by incoherence in structures and processes, lack of ownership of roles and responsibilities, lack of an enabling environment and missing accountabilities,” say the researchers who conducted this research work under CRP’s Public Accountability and Governance Education (PAGE) initiative. 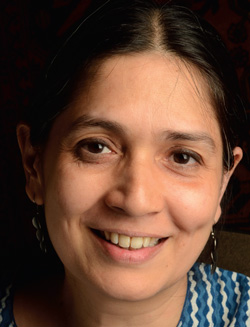 What is irking the teachers and head teachers across is filling up of a plethora of formats for statistical requirements from wherever. This is insulting at times, surely repetitive and mentally tiring most of times, and is certainly taking charm off the profession of teachers and need to be studied separately in greater detail for its impact. According to Bhatty what is more disturbing is that schools have to fill a plethora of formats in some case as many as 19 different formats in case of head teachers. In all they came across 480 formats in 48 schools. “The people are frustrated, mentally tired of filling up of these repetitive formats and even then qualitative data is missing. We noticed divergence in DISE data and reality even in toilets, drinking water and infrastructure. It means qualitative data is not getting collected,” adds Bhatty. What is more surprising finding by the study is presence of a comprehensive quality monitoring tool devised by NCERT for a school, not being used at all. “Yes QMT not only exists but it is being revised by NCERT from time to time and is best review tool for capturing the information of a school,” says Dr Kiran Devendra, a former professor of elementary education with NCERT who was part of the team that revised it in 2011. The total monitoring approach is directed downwards to the bottom and higher officials don’t imagine that they are also part of the picture. Of the five states that the study surveyed Odisha’s innovative monitoring format ‘Smaikhsha’ having 51 parameters was appreciated but then again there was no effort at training those who are supposed to fill them. According to Radhika Saraf, who was part of the research team, such is the fear generated by these formats that we had to face iron curtains in Delhi while entering schools, “We had to channel permissions from the top office.”
What is actually happening is that SSA data is filled online and that way it by passes the state and in effect it has given rise to a culture where even the top officials imagine data in a particular way. Some of the formats that head teachers fill up doesn’t find its way into CRC, which routes it to SSA. Block education officers or BEOs, who are supposed to inspect school as part of monitoring mechanism and which before SSA’s introduction worked well, don’t pay it much attention and instead spend most of their time in routine administrative work. “Rarely is there discussion of monitoring visits in the review meetings,” says the study about meeting taking place at block and district level education officers. There is a total disillusionment and that spirit of making a robust and happening system is missing.
While rationalization of monitoring formats is the clear cut take away from the CPR study, there is a need as Bhatty says for widening the scope for conversation around accountability of the government school education system to iron out the incoherence and infuse belongingness in the system. Else, it will slip away to more chaos and under performance. The tragedy is that the establishment has failed to recognize difference between literacy and education. Teaching innovation has been a causality in face of ‘commercially’ prepared aids ranging from lesson plans to question banks by experts of all sorts. The Abdul Latif Jameel Poverty Action Lab (J-PAL) researches have clearly shown various input schemes do no good to quality improvement, but teacher accountability does. So strengthening monitoring and linking incentives to performance, which the same research supports, is needed to be infused in the system.
In fact, there is no way of standardizing models and question of replicating doesn’t arise. For instance, in Maharashtra, a new teacher recruit spends three years as an ‘apprentice’ for a ‘stipend’ of say Rs 6000 in government schools. While this is hugely demotivating for attracting youth to teaching, if used wisely, it can be a one of the best ways to produce teachers with aptitude. According to experts if a definite period like this is made mandatory across the board, the new teachers apart from receiving on job mentoring will get to evaluate their choice. Only those passing assessment can be confirmed as teachers.

According to Dushyant Chautala (27), the youngest member of current parliament representing Hisar (Haryana), each state should have its own education policy so that aspirations of local people could be met. He goes to the extent of suggesting that time has come for targeted MDM (Midday Meal scheme) in place of its universality. And he is right; time has come to make evidence-based interventions to reinvent government school system. Firebrand education activist and chief of Delhi State Public Schools Association, R C Jain, feels norm-based approach has uprooted many a lifetime educationists who spent their life to build learning places. “Instead of rewarding them for contributing to education objectives, today is situation where they would be sent to jail,” he adds while stressing the need for revisiting RTE provisions and protecting small schools in the country. One thing that most of us forget is that our education system has not evolved fully and in fact is at various levels, which reflect as various divides. Need is to study role of people in the government education system from teacher to secretary department of education and get them involved not by coercion but as passionate partners. Big challenge is to get everybody on board and New Education Policy offers that gateway. Also, Delhi government’s determination to turn around its schools if successful, will provide the necessary fulcrum to better government schools across India.