BloodConnect, a Delhi-based non-profit youth initiative (NGO), which works with a mission ‘to solve the problem of blood shortage in India’ celebrated its fourth anniversary on August 9 with a rock concert. Renowned music band Parikrama, which performed on the occasion left an estimated 1500 students of Delhi University and colleges enthralled. This year, BloodConnect, an organisation which was launched in IIT Delhi on April 1, 2010, joined hands with Parikrama to celebrate its fourth anniversary. BloodConnect organised this cultural programme to bring youth of the city under one roof and celebrate the cause of blood donation. The idea was to spread awareness and bust the myths, which make people apprehensive when asked to donate blood. 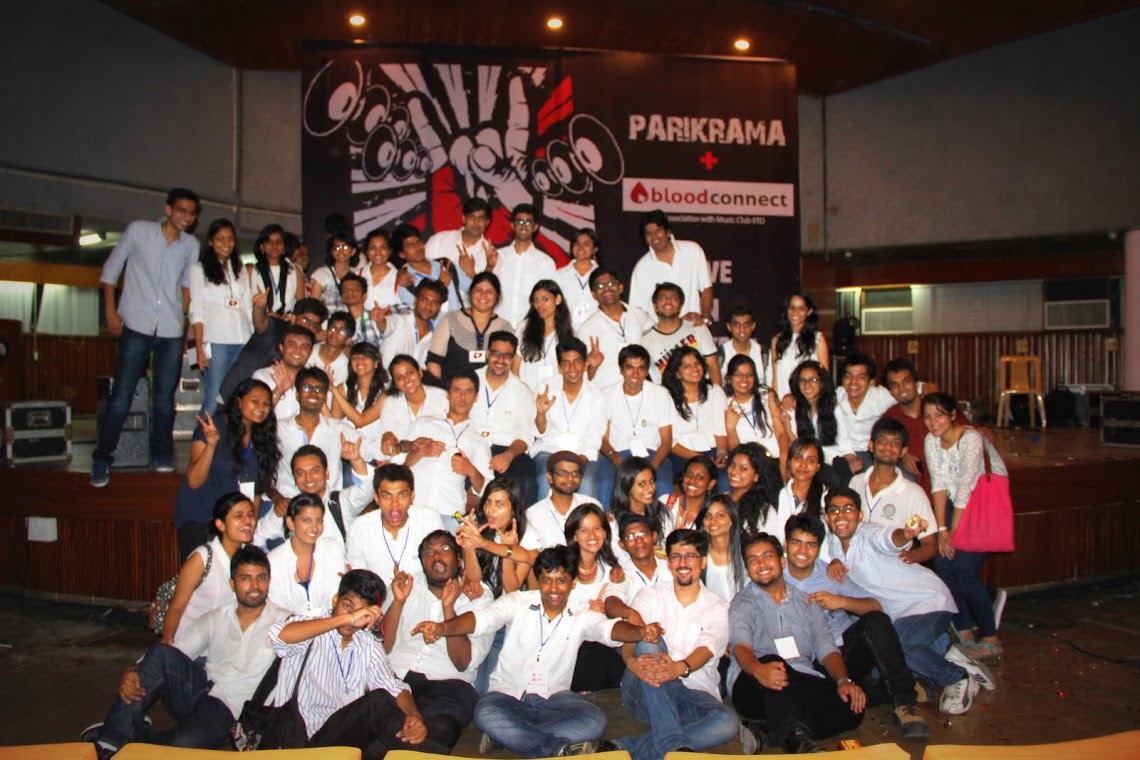 The theme of this year’s BloodConnect event was ‘Scream out your fears, scream for rock and roll!’ Indian youth loves hard rock which involves screaming. The students were asked to scream their loudest to Parikrama songs whilst donating blood. ‘Rock & Roll Blood’ booths were set up and designed with a rock and roll theme at blood donation camps. The recorded screams of fear were then turned into ‘Screams of Joy’, a brand new Parikrama rock song.

BloodConnect acts as a link between people who are in need of blood and those who are willing to donate blood. India currently faces a shortage of three million blood units annually and this shortage can be easily met if just two per cent of the youth donate blood twice a year. Keeping this in mind, BloodConnect deploys a 360 degree solution while focusing on making blood donation a youth movement.

The anniversary celebration also marked the launch of ‘The BloodConnect Challenge’, a pan-India social innovation competition, which aims to feature participation of college teams from across the country in order to bring novelty and innovation in educating youth about blood donation by deploying various impactful means.

So far, BloodConnect has organised 12,500 blood donation camps, saving 25,000 lives. The NGos has been running mass awareness campaign outreach programmes and have been able to reach to more than 5,00,000 people through street plays and seminars. The 24-hour helpline which works round the year has saved over 1000 lives directly. The NGO is present in nine cities today and aims to expand the scope to the entire nation.

“Our ultimate goal is to put an end to the blood shortage in India. We believe that this cannot be achieved without the unconditional support and participation of the youth,” said Navdha Khera, Manager, BloodConnect. “We are thrilled to be working with Parikrama on this project. Their music radiates tremendous energy and exuberance, and charges young hearts with the passion to do something meaningful and worthwhile,” she added.

“If we can change the mind set and transform even one person into a regular blood donor, we will be more than happy. The blood donated by that one person, can save more than two lives. It could be mine or yours,” said Nitin Malik, lead vocalist of Parikrama, as a matter of fact.

Advaita Kala, scriptwriter of the critically acclaimed film ‘Kahaani’ was felicitated on the occasion. Exceptional blood donors, contributors, colleges, camp organisers, NGOs, hospitals, and sponsors championing for the cause were honoured by Ms. Kala.

This was followed by a heart-warming performance by CanKids, a support group for children suffering from cancer, moving the hearts of all and leaving eyes of the audience moist. The well-known theatre group ‘Asmita’, presented a play on blood donation leaving everyone spellbound.

The man behind the initiative, Utkarsh Kawatra, who is one of the co-founders of the NGO, a graduate from IIT Delhi, took this opportunity to raise awareness about blood donation and its importance in our lives.