Top 100 listed among Universities, Engineering Colleges, B-Schools. Country’s top 50 Pharmacy institutions also listed. Though the central universities, IITs & IIMs on expected lines figure among the top institutions, still there are some revealing results about rising stars even among private institutions.

This year’s rankings limited to category ‘A’ institutions in four categories—Universities, Engineering, Management and Pharmacy. Degree colleges, Architecture schools and ‘B’ category institutions failed to participate. But from next year onward, college rankings, would also become a permanent feature of these rankings. 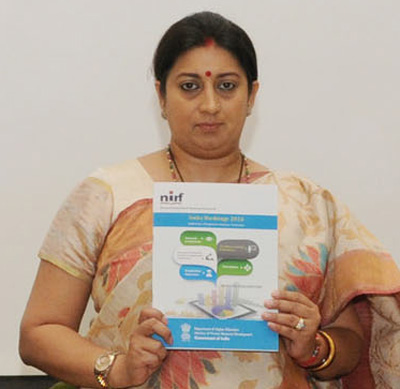 By releasing the first-ever National Rankings on April 4, 2016, India has taken a definite stride in shaping its higher education landscape on global lines, even though one has to contend with the criticism that these rankings were produced by Ministry of HRD establishment and therefore lack the vigor as well authenticity of third party evaluation. Nevertheless, it was a laudable effort and the best thing it does is that it laid down a foundation for raking up the spirit of competitiveness among providers of higher education in India. Union HRD minister, who released the rankings in self-praise remarked that those who were in doubt about babus (bureaucrats) can ever do, have been proved otherwise and a third party validation has also been done to make this exercise truly trustworthy. “We have stuck to deadlines even as this has been the first time that such a large scale exercises and full of challenges has been undertaken by any government. This is historic and will enable choice for student and parent community,” she added.
Commenting on the outcome of the rankings HRD minister Irani said, “Designed with a transparent mechanism, the National Institutional Rankings will facilitate choice, enabling higher education stakeholders to make informed and accurate decisions. Our mission is to enable students and parents across the country to have a tangible connect with their country’s education system. Through this launch, we are embarking on the path of education diplomacy, which is bound to take the country forward. Each year, these rankings will serve as a performance benchmark for education institutes to improve their standing in the educational arena.”
Talking about the work that went into this exercise after National Rankings were announced on September 29, last year (2015) Prof Surendra Prasad, chairman, National Board of Accreditation (NBA), the agency that actually produced the rankings, said that it was a pioneering attempt on collecting data around quality and accountability of a large number of higher education institutions. “The motto is to empower student and parent to choose and at the same time empower institutions to position themselves nationally as well globally.” And institutions responded well with about 3800 registering till the cutoff date of November 15. Eventually by closing date of January 22, 2016 about 3500 provided data. “Though there was a great response but some were unable to understand data requirement which led to unstable data,” he added.
The data was also corroborated independently using available Databases like Scopus, Web of Science, or Google Scholar, citation index and Indian science citation index. As per Scopus, India’s academic output is quite low at 0.7. A large number of volunteer experts analyzed the data. 450 peer reviews were also done before automated as well as manual validation. A significant 1,5 lakh votes were received from 60,000 people on the parameter of public perception (a large proposition of these was for colleges). Institutions having less than 200 students in engineering were excluded. Ranking was calculated on five broad generic parameters, namely: (1) Teaching, Learning and Resources; (2) Research, Consulting and Collaborative Performance; (3) Graduation Outcomes; (4) Outreach and Inclusivity and (5) Perception. For scoring purpose, Teaching, Learning & Resources (TLR) carried 100 marks and a weightage of 0.30 points, Research, Professional Practice & Collaborative Performance (RPC) 100 marks and 0.30 weightage. Graduation Outcome (GO) comprised of 100 with a weightage of 0.15. Outreach and Inclusivity (OI) had 100 marks 0.15 weighage, while as the last generic parameter Perception (PR) had 100 marks and 0.10 weightage. Although the Ranking Frameworks are similar, the exact methodologies are domain specific and worked out for 6 categories of institutions i.e., Engineering, Management, Pharmacy, Architecture, Universities and Colleges.
As quoted in cover story of November 2015 issue of Curriculum magazine Prof Tim White, school of material sciences & Engineering, Nanyang Technological University, Singapore, on role of rankings said, “Good rankings keep best students in the country. You need them for credibility outside India at world stage. These attract investments easily, international students and provides international visibility.” Rankings are important indicators of progress and therefore help country. Top institutions align themselves with the focus area of the country and get funds as well as support national activities.” In words of Secretary, Higher Education, MHRD, V.S.Oberoi, even though the rankings are aspirational in nature, the unparalleled response, will make India rankings hugely popular in coming year. 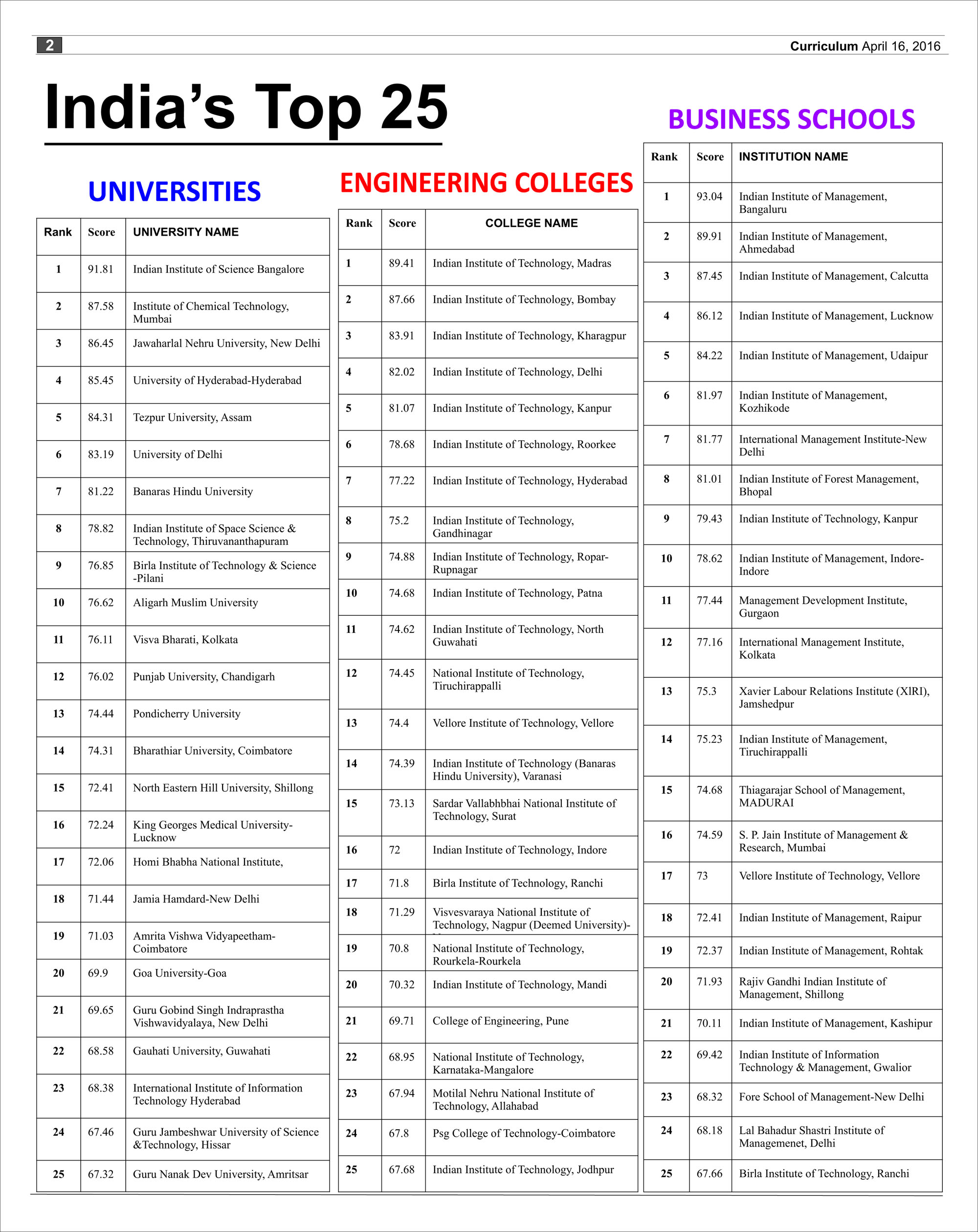