On August 14, the Lok Sabha passed the Apprentices (Amendment) Bill 2014, a landmark legislative labor reform, which could potentially shake up the entire skill development architecture in the country after it becomes a law (the Rajya Sabha has yet to pass it) 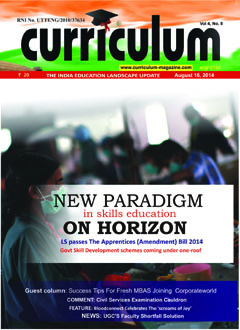