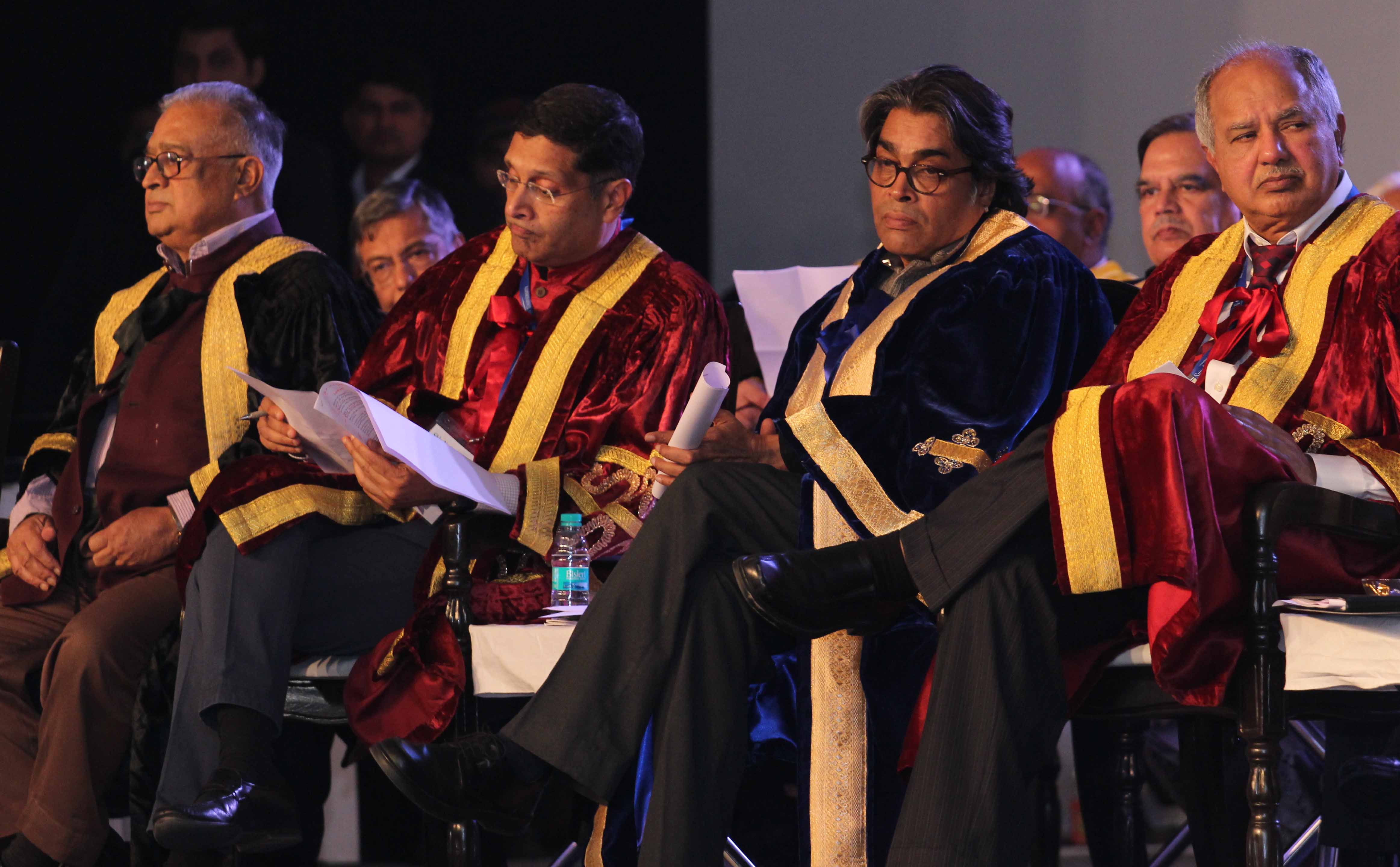 In words of Arvind Subramanian, Chief Economic Advisor, Shiv Nadar University or SNU has been a remarkable experiment in higher education in India. Set up in 2011 through an act of the State of Uttar Pradesh under the aegis of HCL promoted Shiv Nadar Foundation, SNU has a huge campus of 286 acres with Rs 1500 investment so far According to Nikhil Sinha, vice-chancellor, “Today we have about 1,800 students enrolled at the university, who come from 27 states in the country and are pursuing degrees across four schools: School of Humanities & Social Sciences, School of Natural Sciences, School of Engineering, and School of Management & Entrepreneurship. We have recently launched a fifth school, the School of Extended Education and Professional Development, which is focused on extending the reach of the university by offering short-duration educational and training programs to individuals, companies, and governmental and non-governmental organizations.”
The first batch of 265 students was admitted in August 2011. So it was this historic batch that made SNU history with the inaugural convocation. Speaking at the occasion Dr S N Balakrishnan, Chancellor, Shiv Nadar University, said, “This is a proud moment for the Shiv Nadar University as we celebrate the success of our first batch of students. Four years ago, SNU was only a vision. Today it is a reality. Our unique multidisciplinary curriculum and research focus complemented by four years of relentless effort and hard work of the faculty, staff and students have launched the SNU on its path of excellence and this is evident in the achievements of our students. Our present success is only a benchmark for us to raise the bar and set higher standards of excellence in higher education in the country.”
Arvind Subramanian while giving the key note address on the day when his friend and RBI governor Raghuram Rajan was giving a similar address at IIT-Delhi for which he made ‘headlines’, outlined the importance of higher education for India. He said that India’s basic educate hasn’t been adequate which has resulted in a flawed education system from bottom to top. “India hadn’t inherited a good higher education. It is important for having intellectual capital. We need educated elites for a variety of reasons from research to shaping public discourse. Higher education is a symbol of aspiration for all middle class people,” he said. He also came heavily on bureaucratization, standardization, and centralization of education and hoped that private universities like SNU will put a competitive pressure on public universities to become better.
Prof Raj Reddy while giving a futuristic sci fi lecture said that next 50 years of human civilization will be more dramatic as compared to last 125 years as technology will become power tool for social and individual development and things like driverless cars will become common.
Shiv Nadar University also awarded Honorary Doctoral Degrees to three stalwarts in their respective fields – Fakir Chand Kohli, a Padma Bhushan who is hailed as the father of the Indian IT industry; Sayed Haider Raza, a Padma Vibhushan awardee and one of India’s greatest icons of modern and contemporary art and DrAshoke Sen, a Padma Bhushan recipient and a world renowned theoretical physicist
Over the next three years, SNU will be strengthening its current academic programs through the addition of faculty and students, as well as starting new degree programs, departments and research programs in our existing schools. This would include the launch of 3 new schools: School of Law, School of Art Design and Performing Arts and a School of Communication, and the completion of an Advanced Research Complex, a Faculty Residence Complex,an Indoor Sports Stadium, and a new academic complexwhich will house the School of Humanities and Social Sciences,the School of Management & Entrepreneurship, and theSchool of Extended Education & Professional Development.The Shiv Nadar Foundation has earmarked Rs1550 crore forinvestment in the University from 2015 to 2018.