By Simon Birmingham, Minister for Education and Training, Australia 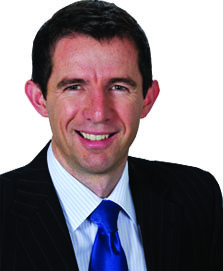 THE DEMAND FOR SKILLS … I mention this because of course the history of building in India is rich, but the demand for such skills today is very much perhaps at the top of India’s immediate capabilities and demands. Research by KPMG India found that the number of people working in construction is expected to increase rapidly from 45 million in 2013 to 76 million in 2022, an increase of almost 70 per cent in less than a decade. All aspects of those numbers to Australian audiences are absolutely mindboggling. Minister, you mentioned the reality of 1273 million people. The task of course that has been set by Prime Minister Modi of skilling and upskilling 400 million people by 2022, and even just that task of skilling an additional 30 million people in the construction sector in less than a decade is a task that is daunting for anyone, but especially when those numbers exceed the entirety of the Australian population.

But we believe we can help, and we believe we can help because, as you recognise and acknowledge, of our experience in building a very successful vocational education and technical skills sector in Australia with recognised, transferrable, industry-developed skills and qualifications, delivered by high quality registered training providers, established in a model that we think can be replicated and is being replicated in many ways across India. We are well placed to help India meet her targets in terms of the development and training of her people. This has been – education and skills has been and is perhaps the strongest single aspect of the Australia-India relationship. It’s no surprise to anybody that Prime Minister Turnbull’s first visit here as Australia’s head of government has been accompanied by a massive delegation of education and training leaders and of course myself as our Education and Training Minister, because it is in this space of human cooperation and human and skills development that we put the priority on the Australia-India relationship, and much has already been accomplished.

The Australia-India Education Council Skills working group has notched up many significant achievements, like the vocational education leadership training program, which has seen more than 181 people complete courses in Indian institutions partnered with some of our TAFE providers. And I know some of the alumni are in the audience today and they are of course wonderful examples of the ongoing relations that are then built as a result of such exchanges. Other achievements include capacity-building and collaboration in research and data analytics, and working with other Indian Ocean Rim member states to develop occupational standards. This was a topic that Minister Rudy and I focused our discussions on earlier, because it is a means by which we can enhance the mobility of people who train in all of our nations if they are trained and recognised to common occupational standards.

We’ve established many, of course, relations outside of the skills portfolio as you would recognise: across higher education, across research, and including increasingly school partnerships. Our Government’s committed to making sure we have two-way mobility, that this is not just a relationship about helping to up-skill India but is also about ensuring that Australian students as they study have greater opportunities to engage in India and by doing so to learn more about India, to understand India’s culture and aspirations, and of course from there to be able to help strengthen all aspects of our relationship well into the future.

We have strong foundations, but like any good building, it can do with continuous repair, continuous work, to extend, to build, to improve. That’s why we’re doing more, particularly to build the capacity and capability of trainers who are the cornerstone of industry-led vocational education systems. The National Skill Development Centre has advised that India needs an estimated 400,000 new VET trainers and assessors. As you heard Minister Modi speak of, that is of course the anchor, the core for how it is that India can meet, will meet her target of upskilling so many young Indians into the future. That must be our focus as well, how it is to help India achieve those numbers of new trainers and assessors that are necessary.

Today, I’m delighted to launch the new International Skills Training courses for trainers and assessors. These are an innovative approach to skills training. They’re co-branded by the Australian Government and the National Skills Development Corporation of India. Seven Australian registered training organisations were involved in the piloting of these courses to more than 250 students in India. The International Skills Training courses can be delivered by Australian RTOs in partnership with Indian entities to help skill trainers and assessors for India. They complement the range of training courses and qualifications offered by high-quality Australian RTOs, all of which are well positioned to support India to achieve its skills ambitions.