ISRAEL-BASED LINGUA.LY, A cloud-based language learning technology that provides learners with a free dictionary and learning platform to look up words for English, French, Spanish, Arabic and Hebrew languages,  on June 5, launched a Web app that helps individuals learn a language on all browsers. Previously, Lingua.ly on the desktop took the form of a Chrome extension and had to be downloaded. The featured used by an overwhelming 47% of its 150,000 sign ups stays along with the new app for the time being. Recently the company also launched an Android app that saw more than 100,000 downloads in the first month. An iOS app is coming by fall this year. Other than improved word highlighting features inside Twitter and email, the new Web app builds on this existing service by also recommending personalized content and practice exercises. It includes new gamification features too, such as a leaderboard for the number of words collected, and doles out points to encourage more word searches and practice exercises. “Lingua.ly’s WebApp extends our capabilities and allows us to bring language learning to educational institutions around the world,” explains Lingua.ly CEO and Co-Founder Dr. Jan Ihmels. “The WebApp enables schools to incorporate new, sophisticated technologies which reinforce language learning in a more effective way through real world content from the Internet.” The Lingua.ly WebApp has already attracted worldwide attention and the company is currently expanding its reach through a relationship signed with the largest textbook maker in Israel, The Center for Educational Technology (CET). CET will be partnering with Lingua.ly to offer the WebApp technology to one million plus language learners in the country’s public school system by the start of the September 2014 academic year. According to Meredith Cicerchia ,Director Communications & E-Learning, about 1.5 million students in Israel will be using the newly launched app for enhancing their language learning, 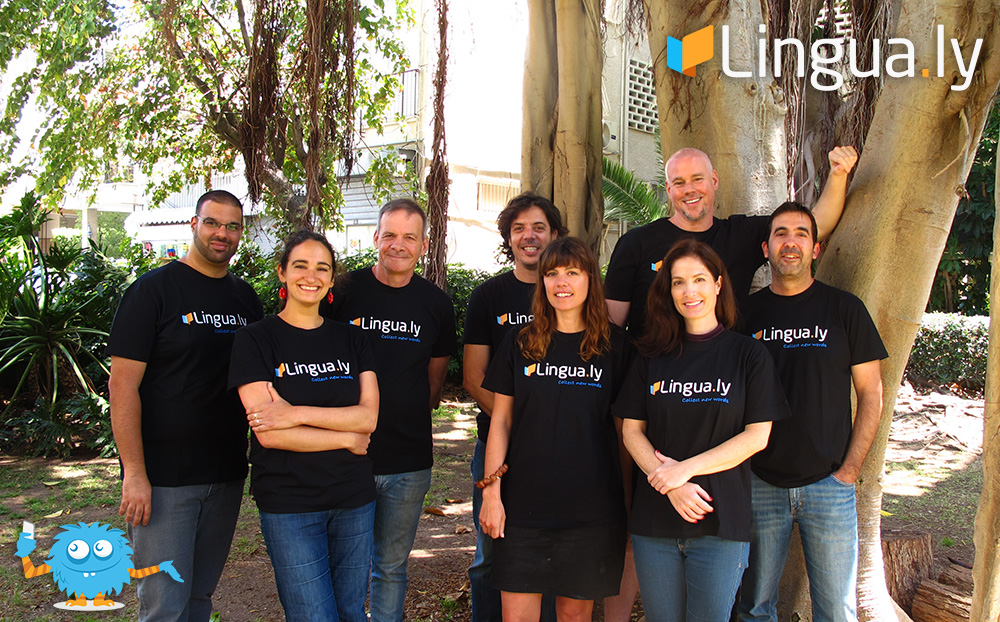 Lingua.ly, the Israel-based a disruptive tech-startup , was co-founded by Jan Jhmels, a PhD from Weizmann Institute of Science, and Orly Fuhrman, a PhD of Stanford in August 2013 after two years of development and raising an investment of $ 400,000. The cloud-based platform includes a free online/mobile dictionary, personalized language flashcards. Lingua.ly helps individuals to boost their vocabulary. With Lingua.ly, users learn new words from any web page they visit.  All words are then saved to their word collection (including pictures, pronunciation, examples) which can be reviewed anytime, anywhere.  Users can then practice their new words with automatically generated flashcards and smart quizzes. Its personal assistant interprets the language needs of the user to find real and relevant content that matches their interests,  level, and vocabulary.

Apart from five languages listed earlier, it supports over 18 dictionary languages so users can look up words and create personalized flashcards for a myriad of languages. Curiously major Asian languages such as Chinese, Hindi, Korean, or Japanese are yet to be added. Meredith while talking over phone from USA said the company is very much interested in working on these languages in near future. “We have a simplified technological process and can be applied to any language. All we need is an authentic dictionary and its indexing. We understand the importance of languages such Hindi and we’ll be more than happy to bring the language within the reach of people from all over the world,” she added.

While the platform is free, the premium services and large group usage such as educational institutions does attract some charges.  With Lingua.ly, students enrolled in language learning programs can continue to learn and increase their knowledge out of the classroom by reading personalized and engaging content that matches their interests. Student can also use Lingua.ly’s smart quizzes to practice new words learned.  Additionally, the free tool can be used by language schools to offer personalized learning methods to their existing students. Instead of teaching the same language and vocabulary to a pluriform classroom with students who each seek to apply his or her newly-acquired language skills in a different way, Lingua.ly provides teachers with the ability to add a personalized method to the standardized material offered by other language solutions.

So in words of co-founder and CEO Ihmels (said at the time of launch of the company) when the web can provide a full immersion experience for any language learner why travel to a foreign country to learn its language and spend money after all we spend most of the time online anyway.