THE ‘DEFINITION’ of a university as told by India’s first Prime Minister Pt. Jawaharlal Nehru while addressing the graduates of Allahabad University in 1947 will remain timeless and relevant whenever one thinks hard about an ideal university. He had said, “A University stands for humanism, for tolerance, for reason, for the adventure of ideas and for the search of truth. It stands for the onward march of human race towards higher objectives.” These many things exactly describe the contribution, institutions of higher learning have to make to any nation and development of its people.

The importance of Universities was felt long before and in 1857 the first three universities were instituted in India on the model of London University England. These were Universities of Calcutta, Bombay and Madras. The vision with which the universities were established was narrow and their role was to prepare a force of clerks to help the officials in day-to-day routine administrative work. There was neither any scope for post graduate education nor for research, innovation and new advancement in knowledge. During colonial period more emphasis was laid upon absorbing knowledge without any emphasis on development of creativity and critical analysis. 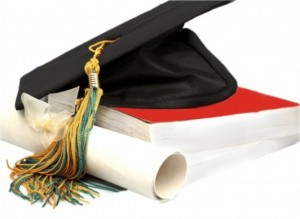 Despite all these insufficiencies whatever English education was prevalent, people were very enthusiastic in receiving it as it meant a promise for government job or a better fortune for life. Higher education was not affordable both financially and intellectually by everyone during that time and only a few could come out successful. Many critics have spoken well of the high standards maintained by the universities in their examination and the degrees conferred. So higher education was placed at a high pedestal and its recipients were respected in society as intellects. Such was the status of higher education in the country.

After independence there has been a tremendous increase in the number of institutions of higher education due to more young people seeking higher education as well expansion of these institutions in the country. On the hind side, this has led to unmanageable rise in quantity with the risk of substandard quality of instruction being delivered in such centres of learning. Many of these colleges are opened not in the interest of students but to sublime the excess money of their founders in a more acceptable way.

Thus unavailability of legal finances in this sector and budget stringencies cause deterioration in the services provided by these private colleges. A lot of other factors also contribute to the deteriorating quality of higher education such as insufficient staff and mediocrity in faculty appointments.

Recently there is a new found culture of contractual arrangement widespread in universities and colleges. This phenomenon of adhocism leads to under-payment to ad-hoc faculty, less employment security, non-uniform promotion benefits to college teachers. The UGC has introduced certain criteria for assessment and evaluation of teachers called the API in which points are concentrated on research and other activities like attending seminar and conferences but no grades are mentioned for classroom teaching and taking lectures. This shows that a university or college teacher is more recognised by the amount of research activities it undertakes and not by the time s/he spends on taking lectures in classes. So in order to improve their API grades teachers devote less time to lectures and teaching and more to research oriented activites.

There are many factors related with university administration which diminish the quality in Higher education viz. laxity in following rules of admission and attendance of students, late sessions, rampant buying and selling of degrees and many other things which follow the list. The laid–back attitude of authorities towards syllabus revision and introduction of new courses, using rudimentary styles of classroom teaching without using ICT or other new techniques, a set pattern of examination papers which fail to assess critical thinking of students, incorrect evaluation of answer sheets by non-academic staff are some of the other factors which are present in varying degrees in different universities and colleges, also contribute to lowering of quality.

The excellence in higher education depends a lot on its stakeholders.  Accountability of each is not fixed in the system towards their own responsibilities, resulting in substandard outcome. The individual psyche or mindset of those who wish to enter this arena of Higher education and Research is responsible for maintaining its standard and quality. The quest for knowledge, the zeal for searching the unknown, the inquisitiveness, curiosity and perseverance is missing in the scholars of today .The students are not studying dutifully and they are in a state of confusion about the usefulness and the returns, their course may give to them in future. Similarly teachers no longer find teaching as a pleasurable activity rather it is taken as a routine job which has to be completed. In such an uninspiring and gloomy atmosphere of classes one cannot expect the flowers of excellence to bloom in full maturity.

The journey of modern higher education which had started in the British period has undergone many ups and downs in the past one and a half century. All the problems which have crept in the system call for concrete reforms in higher education System and their earnest implementation today. The Government of India has realised the need to bring reforms in education sector and has started working upon new education policy and hopefully some time from now we would have a better and more strengthened system of education in the country. The structural and functional anomalies indicated above should be addressed and suggested reforms must be incorporated effectively in the upcoming new education policy in order to elevate quality in the present higher education system. Only then we can live Pt. Nehru’s vision of an ideal university aka higher education.

By Komal Kapoor , JRF- Department of Education , University of Lucknow